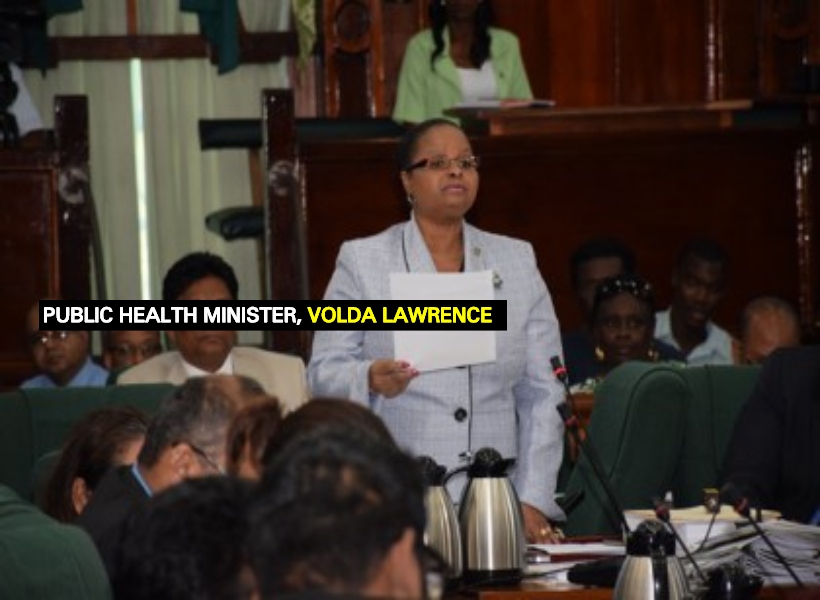 Minister of Public Health, Volda Lawrence was barraged with questions from the political opposition regarding the government’s decision to engage the services of private insurance companies.

Minister Lawrence told Edghill, and the National Assembly that the decision was taken after the current administration took office and was “apprised of expenditures incurred previously for medical and other dental expenses.”

The Health Minister said, “As such, Cabinet took the decision to begin a search for various insurance companies that can be able to provide insurance coverage for members of Cabinet and their families… So, it would not place a burden on public funds as transpired in the years previous.”

Minister Lawrence reminded Parliamentarians that Cabinet sought permission from the House and in the 2018 budget, this matter was “ventilated” for questioning.

The Minister said that 50 percent of the insurance premium is paid by members of Cabinet and that deductions are made by the House. She remarked that as a result of this decision, there was no request for funds to be granted for medical expenses.

“Because of us taking that decision, Mister Speaker, I am happy to report to this honourable house that in June 2015, no request was made to the public funds for medical operations or dental (treatments) for any of our Ministers. The same thing happened in 2016.”

Minister Lawrence also explained that the premium for the insurance varies as it is calculated by the insurance company. She is to provide more details in this regard soon.