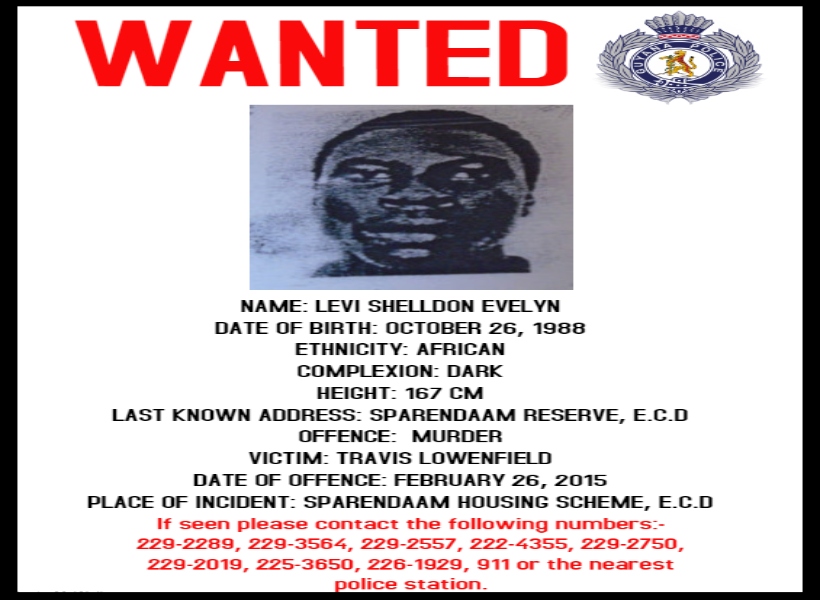 The Guyana Police Force has once again issued a wanted bulletin for murder suspect, Levi Sheldon Evelyn, who has managed to evade lawmen for the past three years.

The 30-year-old suspect is wanted for fatally shooting Travis Lowenfield to the abdomen on February 26, 2015.

The Guyana Standard has been informed that Lowenfield, 27, of Lot 96 Sixth Street, Sparendaam Housing Scheme was in the company of three friends when the suspect whipped out a gun and shot him to the abdomen.

The victim was rushed to the Georgetown Public Hospital Corporation (GPHC) where he underwent an emergency surgery but later died. The motive for the shooting is still unclear.