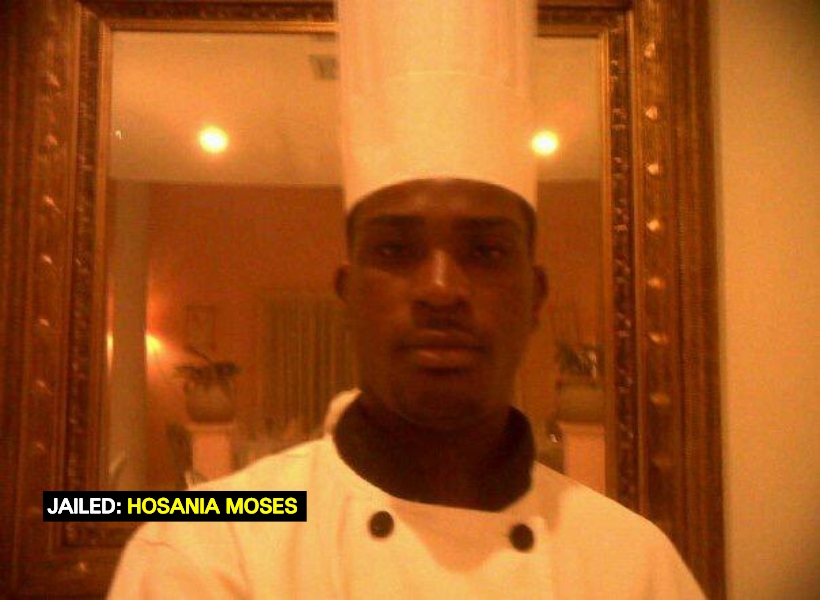 “I am very sorry, it’s a big mistake. Please be lenient with me I have a small child,” were the words of a chef who pleaded guilty to attempting to take close to two pounds cocaine to Miami through the Cheddi Jagan International Airport, Timehri.

The man who worked Pegasus Hotel was today sentenced to four years imprisonment and fined $1.8M for the offence.

He pleaded guilty to the charge which alleged that between November 14 and November 16, 2018 at the Georgetown Public Hospital Corporation (GPHC), he

had in his possession 888 grams of cocaine for the purpose of trafficking.

Facts presented by Police Prosecutor, Arvin Moore, stated that on November 13,2018, ranks from the Narcotic Branch attached to the Criminal Investigating Department (CID), who are stationed at the CJIA, intercepted Moses. Moses was an outgoing passenger  on a Suriname Airway flight destined for Miami.

The court heard that a search was conducted on Moses and nothing was found on him or in his suitcase.

Moses, who was acting in a suspicious manner, was then taken into an interview room where he was questioned and admitted to swallowing a quantity of cocaine pellets.

He was then arrested and taken to the GPHC where an x-ray was conducted and same revealed foreign objects in his stomach.

The Prosecutor added that Moses was admitted a patient at the institution and between the periods November 14,2018 and November 16,2018, he excreted a total of 89 cocaine-laced pellets.

He was then discharged and taken to CID where he gave a statement confessing to the offence.

The Magistrate, after listening to the Prosecution’s facts, told the court that she took into consideration, the man’s early guilty plea and the fact that he acknowledged that what he did was wrong.

Hence, he was sentenced to four years imprisonment and fined $1.8M.