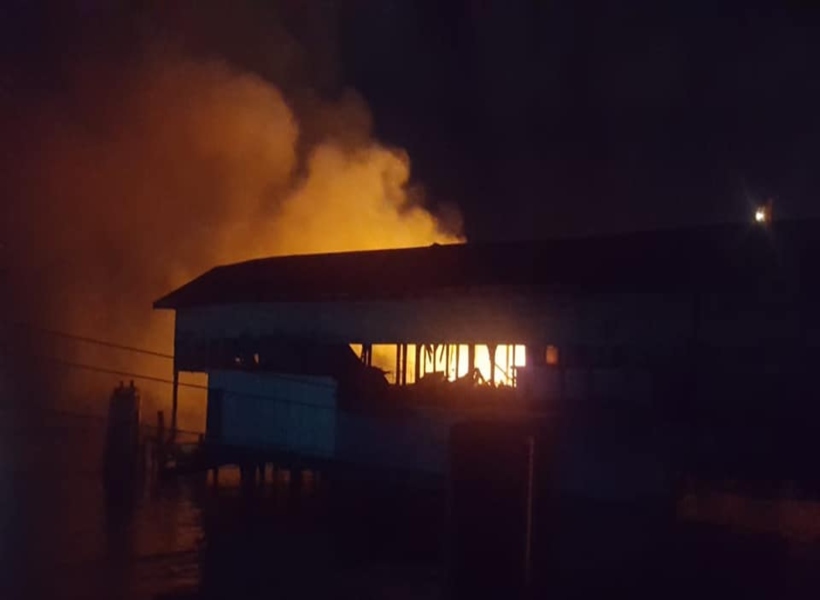 Detectives are looking for a woman who reportedly stabbed her love interest and then set fire to his stall at the Stabroek Market Wharf. The incident not only led to the destruction of his business place, but that of 40 other vendors.

The fire started around 04:00 hrs on Tuesday. Some of the stalls that were destroyed in the blaze sold mostly fruits, vegetables, grocery and fish.

The Guyana Standard has been informed that the blaze started as a result of a domestic dispute between a woman and a man, who has been identified as “Chop Up.” The man is a fish vendor at the market.

The woman has not been identified. “Chop Up” had to be treated at the Georgetown Public Hospital Corporation (GPHC) after being stabbed twice by the woman, who is now on the run.

According to information received, the suspect had stolen money from her love interest sometime last week. On Tuesday morning she went to the man’s business place to ask for cash but was instead asked to leave and only returned with the cash she had stolen.

“The boat come in with fish so he (Chop UP) was busy and she come and deh fighting he down for money and was only the other day she thief de man money,” a fish vendor at the wharf said.

Based on reports received, the suspect and victim got into an argument which escalated into a fight. The fish vendor was stabbed in the process. It was when he left to go and report the incident that the woman set fire to his business place.

It is unclear if the suspect walked with explosives but persons who were in the area told the police that the woman was seen kneeling in a corner, setting the fire. She then ran away.

The fire quickly spread to the other stalls.

Fire-fighters managed to save the fire from spreading to other stalls. Fish vendors were mostly affected. They lose freezers, fridge, boat engines and other tools.