Home News Crime Miner charged with murder of girlfriend whose body was discovered in shallow... 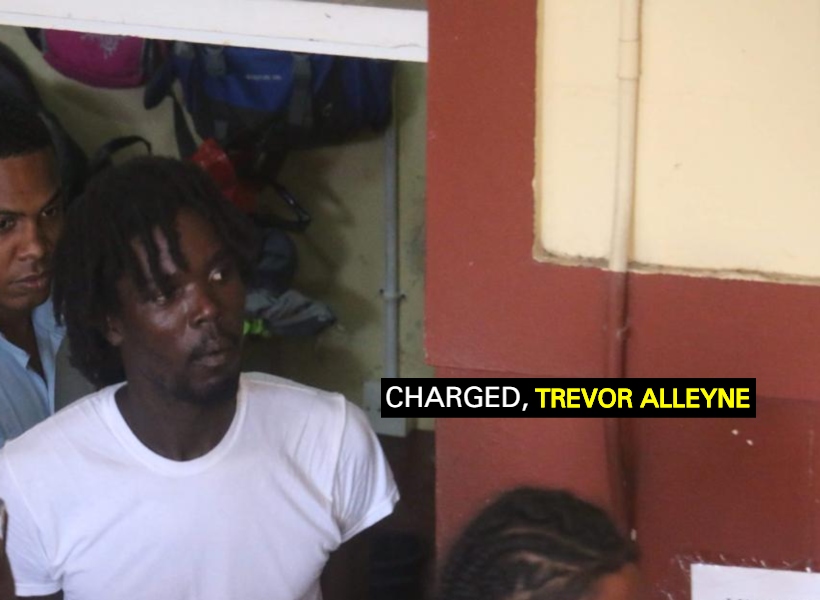 A 27-year-old miner of South Sophia was this afternoon charged and remanded to prison for the alleged murder of his girlfriend, Patricia David, whose body was discovered in a shallow grave.

Trevor Anthony Alleyne appeared before Chief Magistrate Ann McLennan where a he was not required to plead to the indictable charge of murder. The charge alleges that between October 1, 2018 and November 15, 2018, at Eyelash Backdam, North West District, he murdered David.

The unrepresented miner was remanded to prison until February 5, 2019, when he will appear in the Matthews Ridge Magistrate’s Court.

According to information, the woman’s decomposed body was found in a shallow grave wrapped in a sheet weeks after relatives reported her missing. This report caused investigators to travel to the interior location where they searched several locations for the woman.

Just recently, Alleyne was arrested and taken into custody and he allegedly admitted to killing the woman and burying her in a shallow grave. He allegedly told investigators that one night he and David got into an argument and he “beat” the woman. The following morning, when he woke up he found the woman “stiff” in bed, he allegedly confessed. It is believed that after finding the woman dead, the suspect dumped her body in the shallow grave nearby.

The two shared a common law relationship which persons in the area described as abusive.