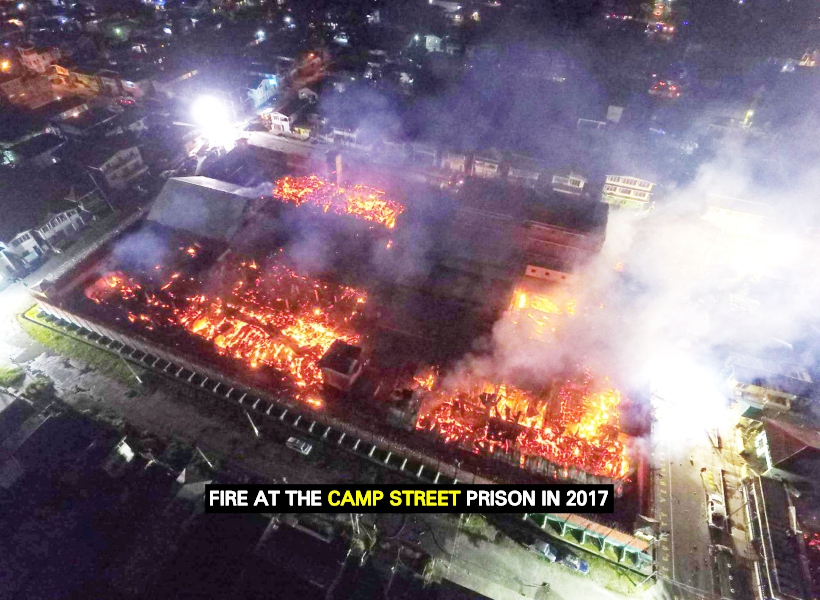 Determined not to relive the 2016 catastrophe at the Camp Street prison—which saw the deaths of 17 inmates or the 2017 tragedy which saw more than 90 percent of the same facility burnt to ashes–the Government has set aside $4 billion for major developments at the Guyana Prison Service.

This amount is part of the $35.6 billion that the government is investing in the security sector. It represents an increase of 14.5 percent more than 2018.

During Finance Minister, Winston Jordon’s budget speech yesterday, he stated that of the $4 billion, a sum of $1.5 billion will be dedicated to improving and developing the prison infrastructure to ease overcrowding and eliminate the need to use temporary holding areas like the Lusignan Prison Facility.

“We will also procure the requisite equipment, including a body scanner, to detect contraband substances and improve safety at our prisons,” the Finance Minister.

He added that these investments are being undertaken as the safety and happiness of all citizens and the protection of their basic rights are paramount to the Government.

Following the 2016 tragedy, a Commission of Inquiry (COI), which costs the treasury $13M, found that overcrowding is one of the biggest problems at all the prisons in Guyana. In the COI report, the commissioners stated that the combination of overcrowded, uncomfortable and unhygienic confinement are all ideal conditions for epidemics, for gangs to prosper and to propagate discontent.

Recommendations were made for the prison population to be reduced as quickly as possible. It was stated that by reducing numbers in prisons to manageable levels is the single most important priority for establishing safe, humane and purposeful prisons.

In 2017, Government had received a loan from the Inter-American Development Bank to support its Criminal Justice System Project. The key objective of the Project is reducing the prison population.