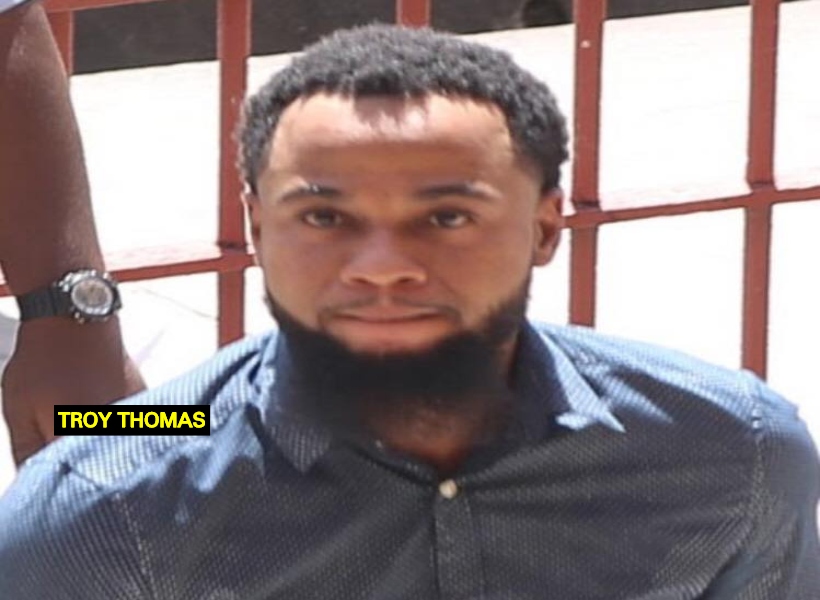 Principal Magistrate Sherdel Isaacs-Marcus this afternoon ordered that Troy Thomas be extradited to the United States of America where he is wanted for the murder of a 20-year-old Guyanese.

Thomas however remains in State custody, until Minister of Public Security Khemraj Ramjattan signs off on the document.

The extradition ruling comes months after top lawyers tried to block the proceedings by filing an action at the High Court in Georgetown.

During the ruling, Magistrate Isaacs-Marcus said that after reviewing the evidence she is satisfied beyond reasonable doubt that it is Thomas who is wanted by US law enforcement for the murder of 20-year-old Keith Frank, who was killed on December 11, 2011.

Lawyers representing Thomas had raised several arguments as to why Thomas should not be extradited, one being that the person before the court is not Troy Thomas another argument was that treaty of Guyana does not permit the courts in Guyana to extradite anyone.

Magistrate Marcus, in addressing those two key issues, said that sufficient evidence was presented in court citing that he (the murder suspect) has always answered to the name Troy Thomas.

The Magistrate added that the court ventured into a void dire (trial within a trial) to ascertain whether or not the murder suspect was Troy Thomas. She said that the evidence presented proved that he is in fact Thomas.

She went on to tell the court that a valid treaty does exist between Guyana and the requesting State ( USA) and the court finds no bar as to why Thomas should not be extradited back to USA to face the murder charge.

Hence, the Magistrate decided to send Thomas to face the courts abroad.  However, the fugitive will be kept in custody of the State until Minister of Public Security, Khemraj Ramjattan gives the okay.

Throughout the extraditing proceeding, Thomas was represented by Attorneys Nigel Hughes, Bernard DaSilva and Darren Wade. Attorney-at-law Stacy Goodings represented the Government of the United States.

It was reported that Thomas was captured at Liliendaal, Greater Georgetown on March 14, 2018 for the murder which occurred at Richmond Hill, New York.

Since 2012, US police had issued a wanted bulletin for the murder suspect.

Frank, a father of one, who moved from Guyana to the US when he was 12 was shot and killed outside a Richmond Hill, New York party where he had ran into some other men with whom he had an ongoing “beef.”

It was reported that Thomas fled to the Canada hours after allegedly committing the crime.