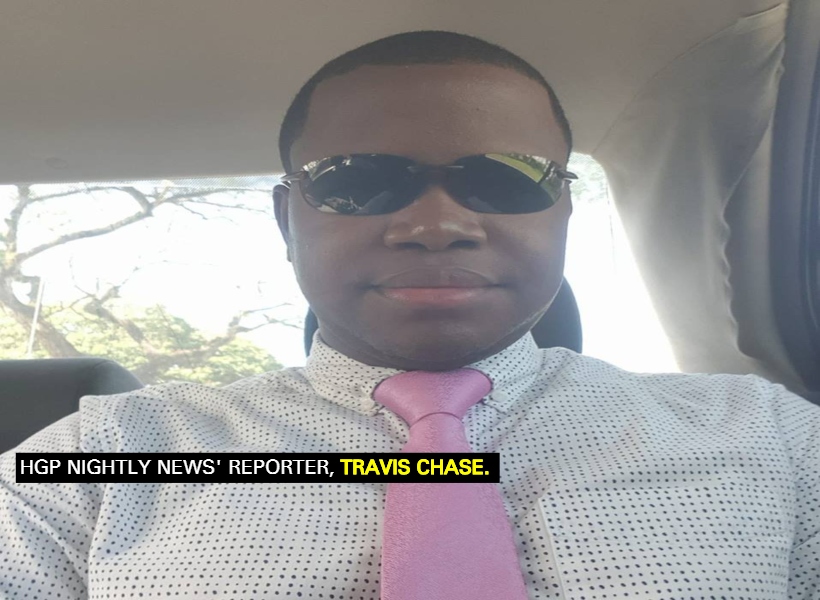 HGP Nightly News’ reporter, Travis Chase, reportedly shot and injured a 28-year-old man this morning. The incident happened around 04:30 hrs at De Abreau Street, Kitty, Georgetown.Chase, who is a licensed firearm holder has since lodged his weapon. Injured is 28-year-old Jimmy Ramgobin. He was shot to the knee and is hospitalized at the Georgetown Public Hospital Corporation (GPHC).Ramgobin does odd jobs for residents in Kitty. Police sources said that there are two versions of what transpired this morning.According to the source, the reporter claimed that he went to the De Abreau Street, Kitty property to drop home his girlfriend. On arriving at the location, he noticed a man lying in front of his girlfriend’s gate.The police said that the young reporter claimed that he got out of his vehicle, approached the suspect, and demanded that he move. However, when the man refused, Chase claimed that he whipped out his gun and fired three shots in the air to scare the man away.After discharging the rounds, the reporter told the police that the man left. But, in a surprising twist, 29-year-old Ramgobin showed up at the Kitty Police Station just after Chase had provided his statement.

The injured man claimed that the reporter pulled out his gun and without saying anything, shot him to the knee. The man was taken to the hospital where he remains a patient.Investigation is ongoing.