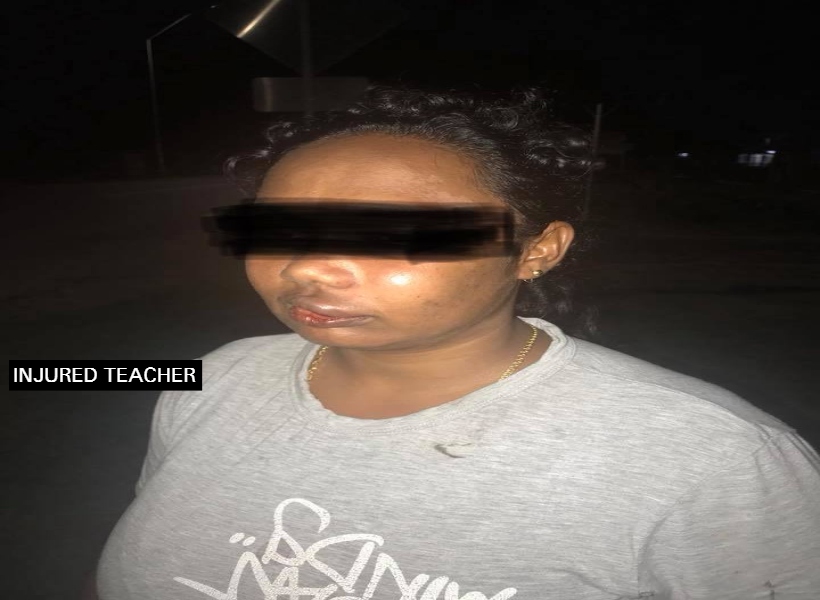 The Ministry of Education has launched an investigation into the assault of a Head Teacher (ag) attached to the Number Five, West Coast Berbice (WCD), Primary School by a 16-year-old boy who kissed her.

The incident happened around 18:00 hrs on Saturday at the Number 9 Village, WCB. The suspect is a student of the Number Eight Secondary School. Both victim and suspect live in the same community.

This news agency understands that the three-year-old son of the teacher, Gangadai Sebarat Isaacs, was injured in the process. The attack has left the 33-year-old woman with a swollen face and burst lip.

In a statement this morning, the Ministry of Education condemned the assault on the acting Head teacher and promised that appropriate action will be taken. Ministry officials said that an investigation has been launched and the findings will be made available upon completion of the probe.

The Guyana Standard has been informed that the 33-year-old woman was walking with her three children—aged 11, five and three—when the suspect, who was proceeding in the opposite direction, approached her.

She explained that the teen passed her two older children and stopped in front of her, forcing her to ask if he couldn’t see where he was going.The teen then allegedly pushed her to the ground and bend on his knees and planted a kiss on her lips.

Disgusted by this, the woman said she immediately spat. This reportedly angered the teenager, who started punching her in the face—repeatedly.

At the time, the teacher was holding her three-year-old son as they sat on the ground so she could not have retaliated. The toddler was injured when the teenager grabbed him from his mother’s hand and threw him at the side.

According to information received, the Head teacher managed to run and sought refuge in her mother’s home. A report was subsequently made to the Fort Wellington Police Station and to the surprise of the victim; the teen was questioned and released.

The teenager is described as a “troublesome” youth and is said to be in the habit of assaulting mostly young people from the area.