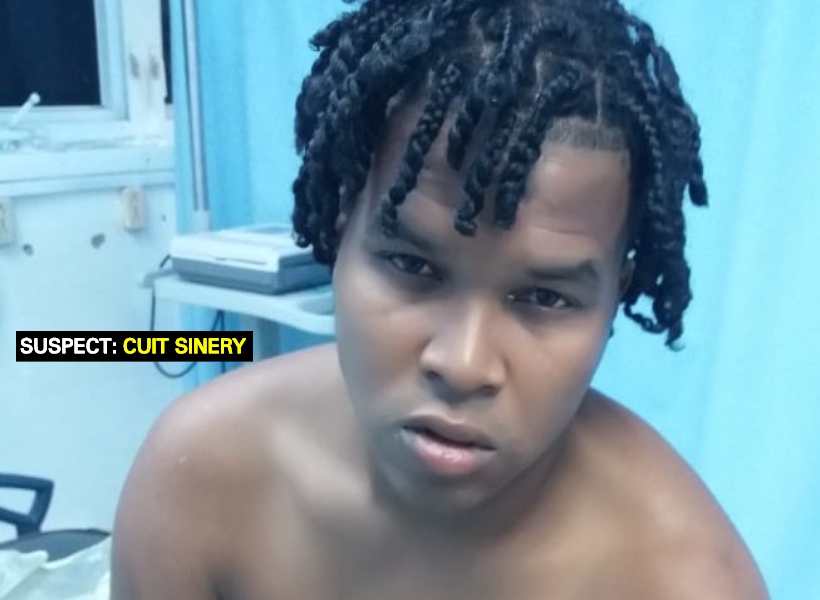 A 24-year-old man was shot by the police this morning after he and his accomplices attempted to hijack a car belonging to a mechanic.

Cuit Sinery was shot at the Ogle Airstrip Road East Coast Demerara. He was then taken to the Georgetown Public Hospital Corporation (GPHC).

According to information received, the mechanic parked his car at the Plaisance Market, along the Railway Embankment, and went to transact business. During this period, Sinery and three other suspects allegedly went to the vehicle and attempted to open it.

The Guyana Standard was told that the vehicle’s alarm went off, alerting persons in the vicinity of what was happening. The suspects escaped on foot.

Reports are that the owner of the car was alerted of what transpired and went to the Sparendaam Police Station and made a report. As such, ranks were sent to look for the suspects.

According to information received, while in the vicinity of Ogle Airstrip Road, the suspects, upon seeing the police, began shooting at the ranks who returned fire, injuring the 24-year-old suspected bandit in the process.

The three other suspects managed to escape.