Home News PPP has no right to criticize feasibility studies undertaken by Govt. 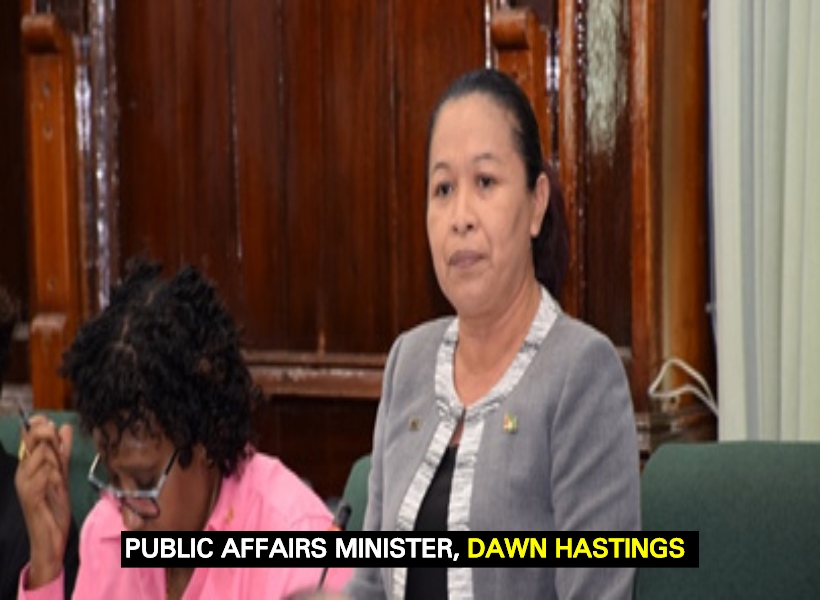 Public Affairs Minister, Dawn Hastings did not use her allotted 35 minutes during Budget debates today to detail how her government’s 2019 budget will deliver the “good life for all.” She did not even speak about the accomplishments made with her 2018 allocations.

Instead, the Public Affairs Minister spent her time telling the Opposition what they don’t have the moral grounding to do.  She said that the Opposition has no right to question or criticize any feasibility study that was undertaken by her government.

Her comment in this regard comes in wake of those made by Opposition Member of Parliament, Irfaan Ali on Monday. Ali had highlighted that the government expended $150 million on a 58-page feasibility study for the new Demerara River Bridge Crossing.

The former Minister had said, “This is the most expensive feasibility study of our time where it cost this nation $2.5 million per page.”

In response to Ali’s viewpoint, a visibly disturbed Hastings told the House that there is an old saying, “Good things never come cheap and cheap things are never good.”

On that note, the Minister said that the government will embark on doing feasibility studies for projects and whatever the outcome, they will be adhered to.

Hastings also stressed that the APNU+AFC administration will pursue proper feasibility studies since it has no intention of wasting taxpayer’s money the way the People’s Progressive Party (PPP) did for 23 years. She then thought it crucial to remind the House of the PPP’s “sickening” record when it comes to national projects.

The Public Affairs Minister said, “It is because the PPP did not do feasibility studies that they ended up with a road to the Amaila Falls that just ‘flip-flop’.  Then you have the Skeldon Factory that is a big white elephant and it had no feasibility study. And what about the Fibre Optic Cable Project? You remember that? That ‘flip-flop’ too… What about the Kato Secondary School? Look at the condition we found it in? Let me assure you that this coalition government will not go down the same road.”

Following cheers from her colleagues, the Minister went on to say that the nation will see “a proper Parika to Georgetown Road, a proper Bartica stelling, a proper CJIA airport …I can go on but the Guyanese must know the truth.  And the PPP needs to stop disseminating false testimonies…”

On that note, Hastings dubbed the 2019 budget to be an “economic masterpiece” that will guarantee the good life to all those who inhabit this country.