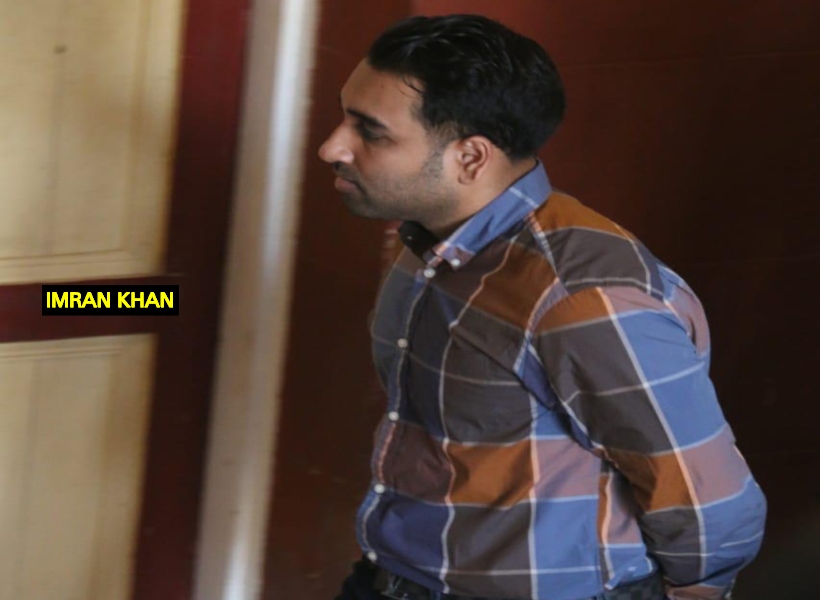 After spending more than a month on remand for allegedly attempting to kill a man with a disability, businessman, Imran Khan was released on $700,000 High Court bail pending the outcome and determination of the Preliminary Inquiry (PI).

Bail was granted by Justice Sandil Kissoon, after the lawyers made a second attempt to get their client released from prison.

This morning, when the matter was called in the courtroom of Senior Magistrate Leron Daly, Special Prosecutor, Latchmie Rahamat disclosed statements to the defendant.

The Special Prosecutor then went on to tell the court that the victim, Romario Balget, know as “Short Boss” who made his first appearance in court today, has injuries which are still life-threatening.

She cited that he now has an artificial tube but, before she could have completed her sentence, she was interrupted by Attorney-at-Law Glenn Hanoman who told the court that the Prosecution is misleading the court and has no medical report to show the injuries of the victim.

However, the Prosecutor told the court that she has provided a medical report to outlining the injuries Balget received by the hands of Khan.

Khan, 31, of Austin Street, Campbellville, Georgetown was not required to plead to the charge which alleged that on October, 28, 2018, at Main Street, Georgetown, he unlawfully and maliciously wounded Romario Balget, with intent to murder him.

During the last court appearance, Rahamat told the court that Balget was recently admitted to a private institution awaiting a CT scan to determine what was causing excessive swelling and seizures.

The Magistrate instructed Khan to make his next court appearance on January 8, 2019.

It was reported that on October 28, 2018, at 02:00 hrs, Balget and some friends were leaving the Palm Court Nightclub when they were confronted by Khan who was standing at the gateway.

As a result, Balget walked between Khan and his friends and Khan became annoyed, dealing him several punches to his head and face, which caused him to fall to the ground.

It was while Balget was on the ground that Khan took a glass bottle and slashed Balget on the right side of his face.

He then continued to kick and punch the victim while he was lying on the ground.

Balget, who became unconscious, was then rushed to a private institution where he underwent surgery.