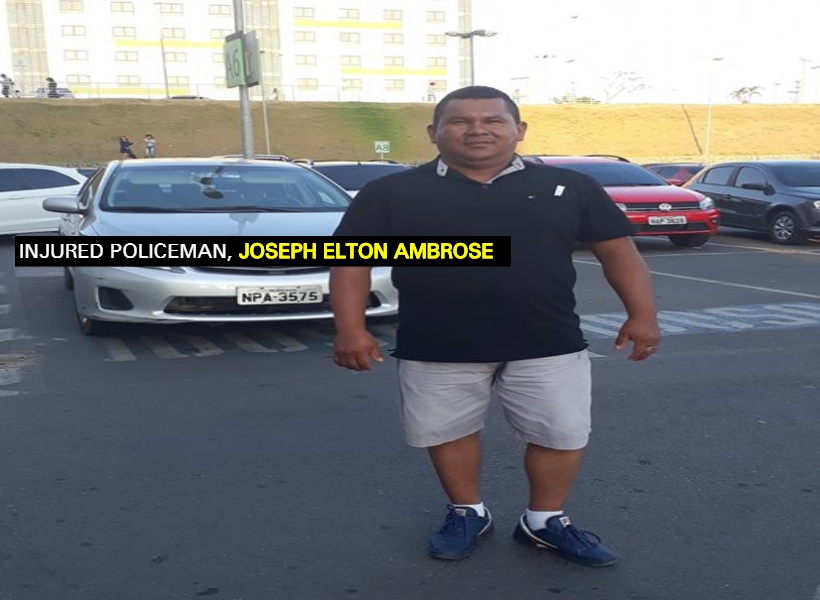 A 42-year-old Police Sergeant is battling for his life at the Georgetown Public Hospital Corporation (GPHC) after crashing into a parked truck on Sunday night.

The accident happened on the East Bank Demerara (EBD) Public Road in the vicinity of Herstelling.

The injured policeman has been identified as Joseph Elton Ambrose of Herstelling. He is stationed at the Alberttown Police Station.

The Guyana Standard has been informed that the senior policeman was on accumulated annual vacation leave at the time of the accident.

According to information received, Ambrose was driving motor vehicle, PMM 9099, reportedly at a fast rate, when he lost control of the vehicle and crashed into the rear of a parked motor lorry, GLL 5592.

The policeman was proceeding north along the eastern carriageway. He was picked up and rushed to Diamond Diagnostic Centre in an unconscious state by public-spirited persons before being transferred to the GPHC.

It is suspected that Ambrose was heading home at the time of the accident.

The Guyana Police Force’s Traffic Department has been making countless appeals to drivers to stop speeding and driving under the influence of alcohol.

In a bid to ensure drivers adhere to the laws governing the country’s roadways, the Traffic Department has launched a number of campaigns. Random roadblocks are also set up to catch errant drivers.

Over the weekend, three young cyclists—pedal and motorcycle—lost their lives in separate accidents on the Ogle and Annandale, East Coast Demerara (ECD)’s Public Road.

Fifteen-year-old Karchand Khemraj is battling for his life following one of these accidents.

Those who succumbed to their injuries have been identified as 16-year-old Razid Shaw; 20-year-old Jason Harris and 18-year-old Rameshwar Singh.