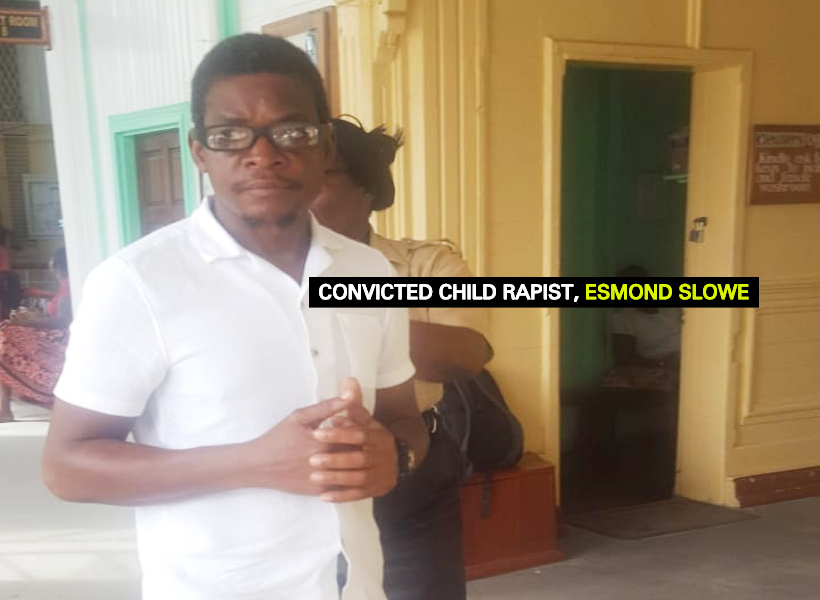 Esmond Slowe, A father of seven with one more on the way, was convicted and sentenced to 30 years imprisonment this morning for raping a 14-year-old girl.

“I was once a happy child. I got along with everyone in my family,” the victim said in a statement read to the court. “I hate him for what he did to me and how he made me feel,” she added, saying that Slowe betrayed her trust in the worst way possible.

In handing down sentencing, Justice Barlow of the Georgetown High Court told the convict that the aggravating circumstances were overwhelming.

The court heard that on December 16, 2016 in the county of Demerara, Slowe, 40, engaged in sexual penetration with the minor. Slowe is a father of seven who dropped out of school at 14 to work and take care of his family, a probation report stated. His common law wife is currently pregnant. The probation officer further said that residents in Slowe’s community described him as a very “quiet person.”

In his defense, Slowe had said that he was intoxicated and could not recall having sex with the young girl. However, the judge pointed out that she disregarded his contention.

“Whatever you did was your action. You will have to face the consequences,” Justice Barlow told Slowe.

In addition to the sentence, the judge ordered that Slowe undergo counselling for sexual offenders and alcohol abuse.

Slowe was represented by attorney-at-law Maxwell McKay, while the case for the State was presented by Prosecutors Abigail Gibbs and Seeta Bishundial.