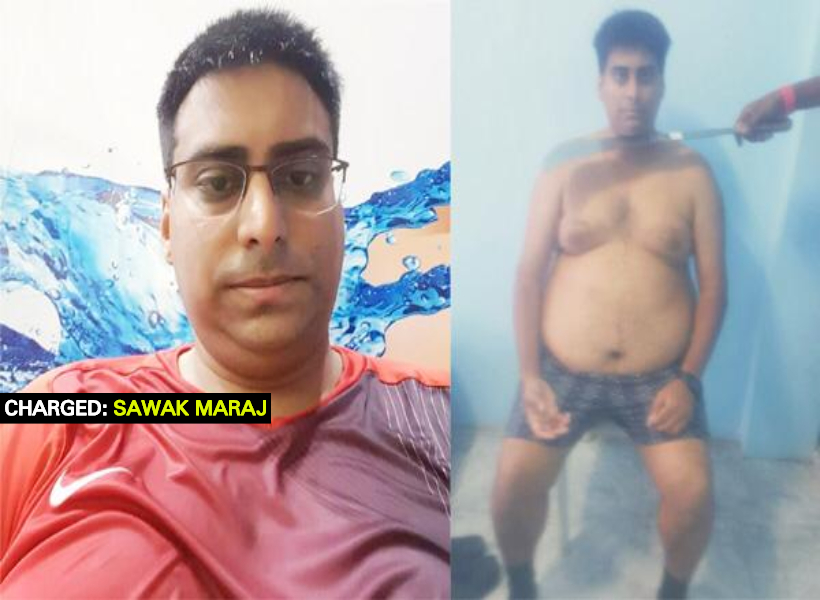 Sawak Maraj, the Trinidadian who allegedly faked his own kidnapping, was moments ago given permission to leave Guyana and spend Christmas in his homeland.

Permission was given even though the matters against him in Guyana have not yet concluded.

The 33-year-old chemical engineer is currently on trial before Senior Magistrate Fabayo Azore in the Georgetown Magistrates’ Courts.

Particulars of the first charge against Maraj alleged that on October 27, last year, at Georgetown, he knowingly gave false information to the police, stating that he was kidnapped and that his abductors demanded US$700,000 for his release.

The second charge alleged that on the same day at Madewini Resort, Soesdyke/Linden Highway, Maraj conspired with other persons to negotiate to obtain a ransom of US$700,000.

He pleaded not guilty to both charges when he appeared before Chief Magistrate Ann McLennan on his first court appearance and was placed on $1M bail.

Conditions of the bail entailed that Maraj lodge his passport with the clerk of court until the hearing and determination of the trial.

However, this morning when the matter was called in the courtroom of Magistrate Azore, Maraj’s lawyer Bernard DeSantos made an application for his client’s travel documents to be released so that he can go back to Trinidad and come back to Guyana on his next court date which is February 2, 2019.

This application by the lawyer did not sit well with prosecutor Dominic Bess, who strongly objected to Maraj’s travel documents being released.

The Prosecutor argued that if Maraj’s travel documents were released to him, he would not return to Guyana for the trial.

The Magistrate, after listening to the Prosecutor, granted Maraj permission to leave Guyana and return in February when his matter is expected to be called again.

According to information, Maraj came to Guyana on October 28, 2017 via the Cheddi Jagan International Airport, Timehri.

He reportedly left the airport in a taxi and was heading to a hotel on East Bank Demerara when he disappeared.

Maraj told the court he came to Guyana to attend a job interview with Exxon Mobil.

Shortly after the engineer left the airport, a photograph of him with someone holding a cutlass to his neck, was sent to his parents and other relatives in Trinidad and Tobago.

It is alleged that the “kidnappers” threatened to kill their victim if the demanded ransom was not paid.

The engineer’s family immediately made contact with the Guyana Police Force and forwarded the photograph.

Ranks were able to track the number of the “kidnappers” and they were immediately mobilised in and around Georgetown.

They then went to the location in a bid to rescue the “victim”. On arrival at the hotel, the ranks were puzzled when they entered the room where they saw Maraj relaxing on a sofa, drinking a can of fruit juice. He was not bound or gagged.