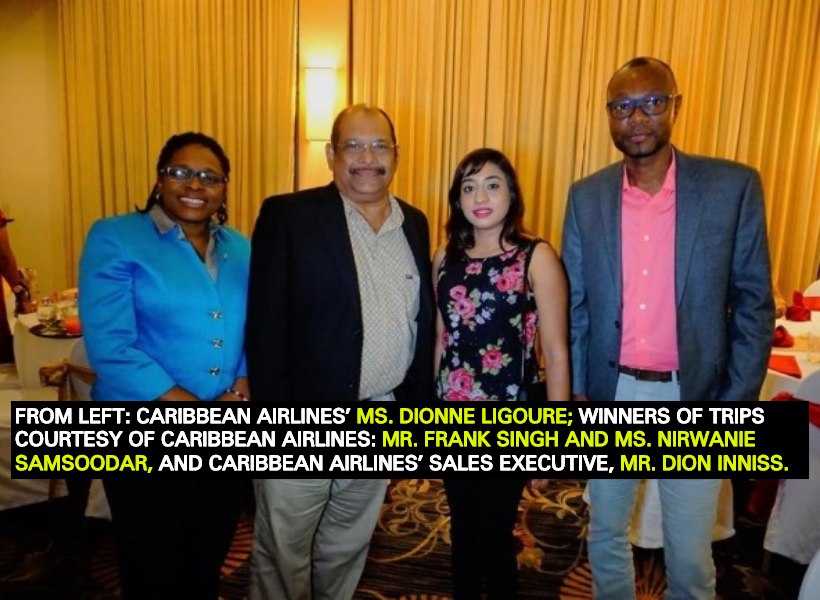 “Caribbean Airlines and Guyana enjoy a legacy of co-operation and we are pleased to partner with the Guyana Tourism Authority,” said Caribbean Airlines’ Head of Corporate Communications, Ms. Dionne Ligoure.

Ligoure was at the time making reference to the airline’s support to the local Tourism Authority to host its annual Tourism Awards Gala held at the Kingston, Georgetown Pegasus Hotel on Tuesday.

Caribbean Airlines has been known to support the Guyana Tourism Authority throughout the year by providing special rates for international bloggers and journalists to explore and report on the wonders of Guyana.

At the recent event, Ligoure pointed out that “Guyana is a significant market for Caribbean Airlines and we transport over 350,000 people to and from Guyana each year.”

She, moreover, expressed appreciation to the people of Guyana and the Guyanese Diaspora for their loyalty to Caribbean Airlines.

Ligoure assured the audience at the gala that Caribbean Airlines provides consistent, safe and reliable service to Guyana and reiterated that the airline is here to stay.