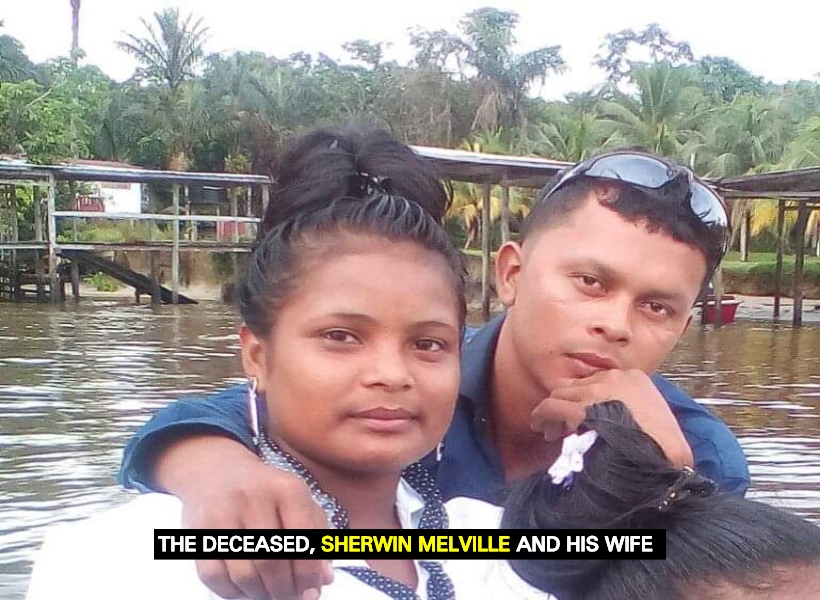 A 23-year-old boat operator was murdered this morning by his 19-year-old drinking buddy in his home at Capoey Lake, Essequibo.

The murder is believed to have occurred sometime between midnight to about 05:30 am.

The deceased has been identified as Sherwin Melville, a father of one. He was stabbed to the right side of his neck and had bruises about his body. The suspect is Carl Welcome of Soesdyke, East Bank Demerara. He is currently on the run.

According to information received, Melville and the suspect were imbibing at the deceased’s home when they got involved in an argument. It was the argument that led to a fight between the two men which later resulted in the father of one being stabbed to death.

The deceased’s wife, 20-year-old Joyce Henry told the police that she was at home when the two friends got into an argument. She claimed that she asked her husband to stop consuming alcohol and send the teenager away but he refused.

The woman further claimed that when her spouse refused to listen to her, she picked up her child and went to her mother’s home to spend the night. Henry said she left the suspect and the deceased still arguing at her home.

The Guyana Standard has been informed that about 05:30 hrs this morning, the deceased’s sister-in-law, Nadira Conyers, went to his home to use the washroom. It was then that she discovered the 23-year-old lying on the floor in a pool of blood.

A knife was left stuck in his right side neck. His body is currently at the Suddie Hospital awaiting a Post Mortem examination.