Home Court Man remanded for not knowing his address 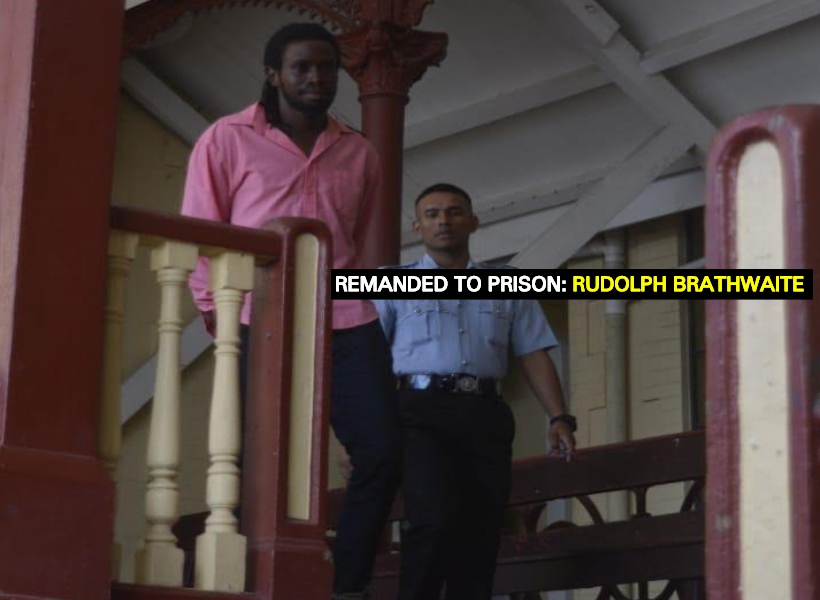 “When you figure out your address I hope the next magistrate will grant you bail,” were the words of a city magistrate who remanded a miner to prison for the next three months after he failed to provide a real address to the court.

Rudolph Brathwaite, 32, provided conflicting addresses when he appeared in the Georgetown Magistrates’ Courts, slapped with two counts of obtaining credit by false pretence and fraudulent embezzlement.

Brathwaite was allegedly able to obtain a quantity of fuel, food stuff, and mining equipment worth over $5M on the account of his employer, Neville Rutherford.

Brathwaite appeared before Senior Magistrate Faith McGusty where the three charges were read to him.

The first charge stated that between April 27 and June 7, 2018, at Imbaimadai  Landing Mazaruni River, with the intent to defraud, he obtained a quantity of mining equipment and food articles worth $313,000, property of Davika Persaud, by falsely pretending that the items were bought on the account of his employer Neville Rutherford.

It was further alleged that between January 1, 2018 and February 28, 2018, at Imbaimadai Landing Mazaruni, he obtained a quantity of goods and fuel worth $580,000, property of Grant Ali, by falsely pretending that the items were bought on the account of his employer Neville Rutherford.

The last charge stated that between December 1, 2017 and July 9, 2018, he fraudulently embezzled 19 ounces of raw gold worth $4.9M from his employer, Neville Rutherford.

An unrepresented Brathwaite pleaded not guilty to all the charges after they were read to him.

“That’s where I have been living for the past five months so I don’t know,” Brathwaite said in response.

But it was revealed that when Brathwaite was arrested, he told the police that his address was Public Road, McDoom, not Middle Road, La Penitence.

Facts presented by Police Prosecutor Stephen Telford stated that the defendant is in the habit of committing such crimes.

The Prosecutor added that after the defendant committed the offences he fled the area but he was able to be arrested a few days ago.

The Magistrate after listening to the Prosecutor’s facts remanded Brathwaite to prison.

The father of two was instructed to make his next court appearance on March 19, 2019.