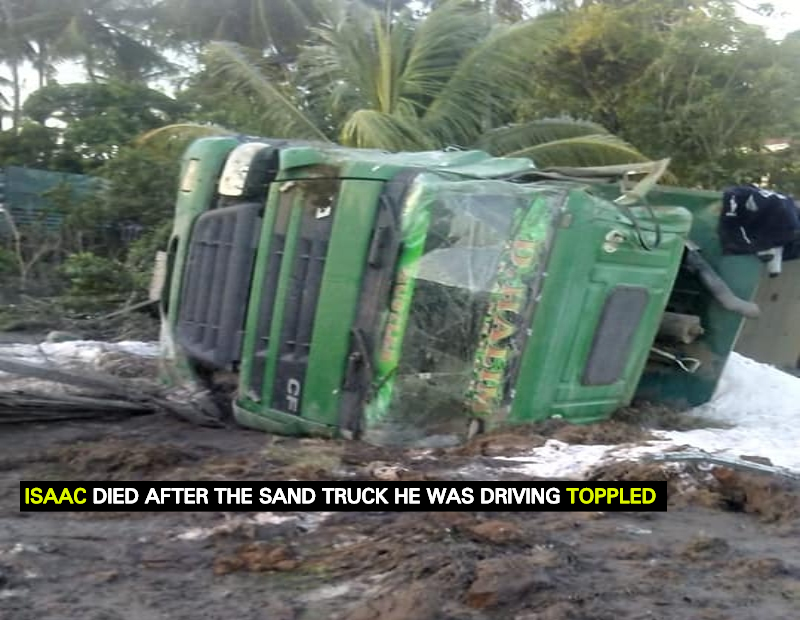 A 39-year-old driver lost his life this morning when he reportedly lost control of the sand truck he was driving, causing it to topple.

Dead is Travis Isaac of Lot 238 Tempe Village, West Coast Berbice. Two other occupants of the truck, Akeem McPherson, 20, of 620 Plantation Ross, and Kurtis Elliot, 20, of 49 Plantation Ross were treated for minor injuries.

According to information received, the driver was proceeding east along the northern side of the Public Road in motor lorry, GWW 6018, when he reportedly lost control of the vehicle while negotiating a right turn.

This resulted in the vehicle toppling several times before coming to a stop in a trench. The occupants were all pulled from the vehicle and rushed to the hospital where the driver succumbed to his injuries.

The Guyana Standard has been informed that the driver was at the time on his way to deliver sand to a customer.