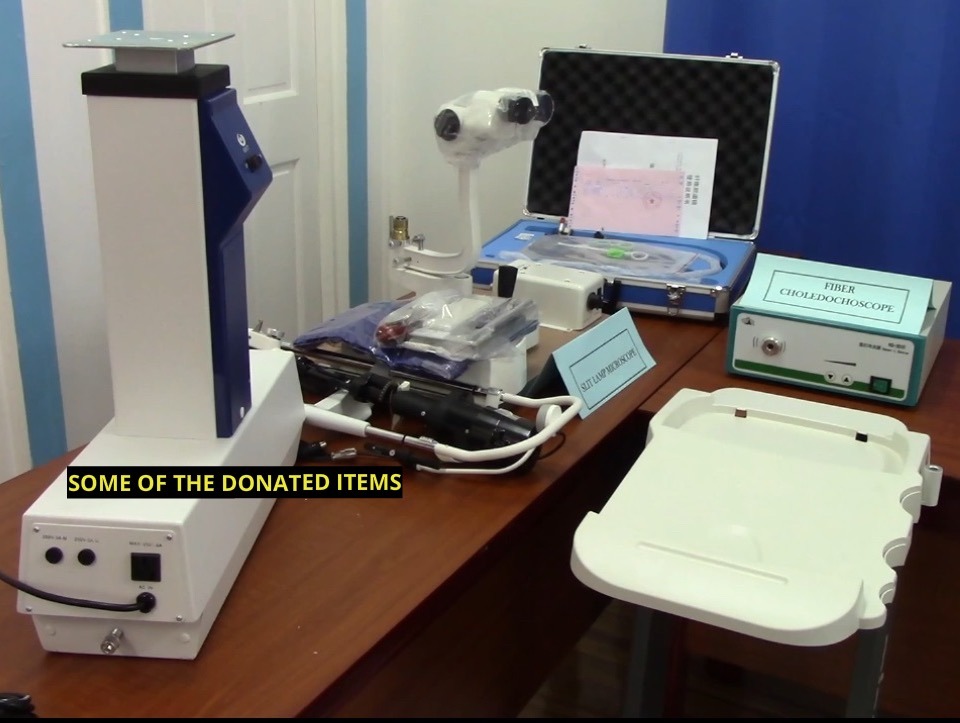 With a sizeable donation valuing just over $28M, the delivery of health care at the country’s premier health facility – the Georgetown Public Hospital Corporation (GPHC) – is slated for some substantial improvement.

The funding, which has been made available by the 14th Chinese Medical Brigade, was accepted yesterday by Senior Minister of Public Health, Ms. Volda Lawrence, during a ceremony in the hospital’s Resource Centre.

Just recently, the same brigade contributed over $6M in medical supplies and equipment to the Linden Hospital Complex and last year the GPHC benefitted from a $22M donation.

The Chinese brigade goes through a one-year tenure and has worked closely with local medical staff to provide training and exposure to specialised services.

In accepting the donation, Minister Lawrence said, “Once again we witness the deepening and strengthening of relationships between our two people through the donation of medical equipment and pharmaceuticals to our premier referral hospital.”

As she expressed appreciation for such an act which will impact significantly on the quality of service offered to the citizens of the country, the Minister underscored that the principal purpose of the health sector is to respond to and achieve goal number three of the United Nations’ Sustainable Development Goals (SDGs). This SDG is one which seeks to ensure the health and wellbeing of all and by extension that Guyanese are among the healthy in the Caribbean and the Americas.

“It is a well known fact that in order to cater adequately to the needs of our citizens, contributions of this nature from our missions and partners are of inestimable value. We can’t operate with medical supplies and pharmaceuticals for they constitute the lifeline between our doctors and patients,” said the Minister as she reiterated appreciation for the donation as she commended the overall support from China to the health sector.