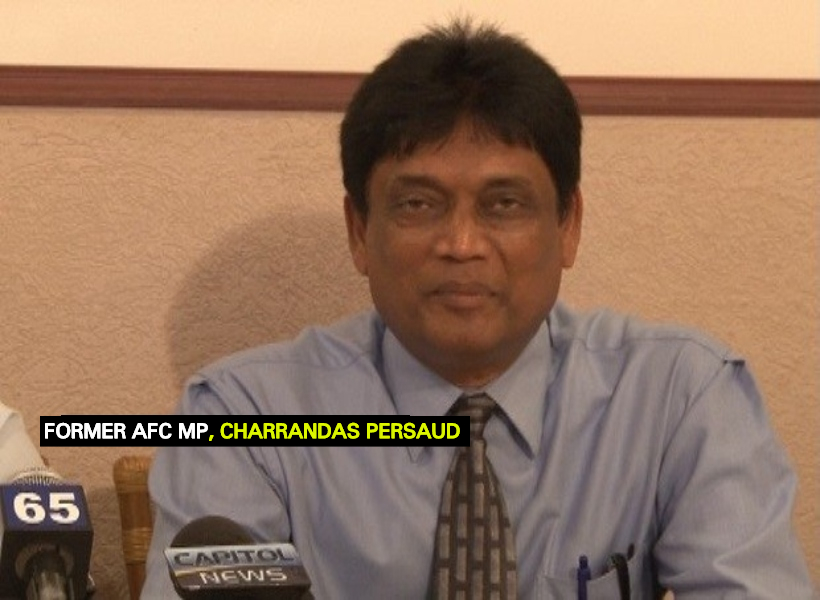 The People’s National Congress Reform (PNCR) is convinced that former Member of Parliament Charrandas Persaud took money to vote against the APNU+AFC Coalition in the December 21 No-Confidence Motion and is now gathering evidence to prove that it is not a case where Persaud lost confidence in the administration, but was rather paid to topple the government.

This new turn of events was revealed by PNCR Official, Aubrey Norton, during a press conference held at Congress Place on Friday.

According to Norton, his party was alerted about the possibility that Persaud would “deceive” the Government and vote with the Parliamentary Opposition for a Bharrat Jagdeo led No-Confidence Motion against the Government.

In fact, Norton revealed, the PNCR now has “a lot more information” about the alleged deal that went down surrounding Persaud’s involvement in the collapse of the Government and intends to make a police report in due time. Norton claimed that Jagdeo colluded with forces, including businessmen from Trinidad and Tobago, to fund Persaud’s vote and the subsequent collapse of the government.

“We know a lot and we even have information about which hotel they met at to negotiate,” Norton said. However, when pressed for more information, he opted not to share further details and evidence.

Meanwhile, Norton said that Persaud was being “watched” and was seen acting “jittery”. However, he said, Persaud was somehow able to convince PNCR and even his own party members of the Alliance For Change (AFC) that he was loyal to his party and to Government.

“He played his game well,” said Norton, noting that Persaud even left “his own party members shocked.” He added, “They too were extremely surprised.”

Nonetheless, Norton said that “what is done is done” and the PNCR is moving forward.

Just a few days before Persaud’s vote to signal his “no confidence” in the APNU+AFC government, he voted for and supported the 2019 Annual Budget presented by the coalition. His support saw him making contributions during the Budget Debates and he spoke in favour of many of the government’s policies. However, interestingly, many of the policies he lauded just weeks before were the basis for his “no confidence” in the Government. Furthermore, on the day of the vote for the No-Confidence Motion, Persaud clad himself with APNU+AFC colours. This about-turn is the foundation for the government’s belief that Persaud was influenced by external forces.