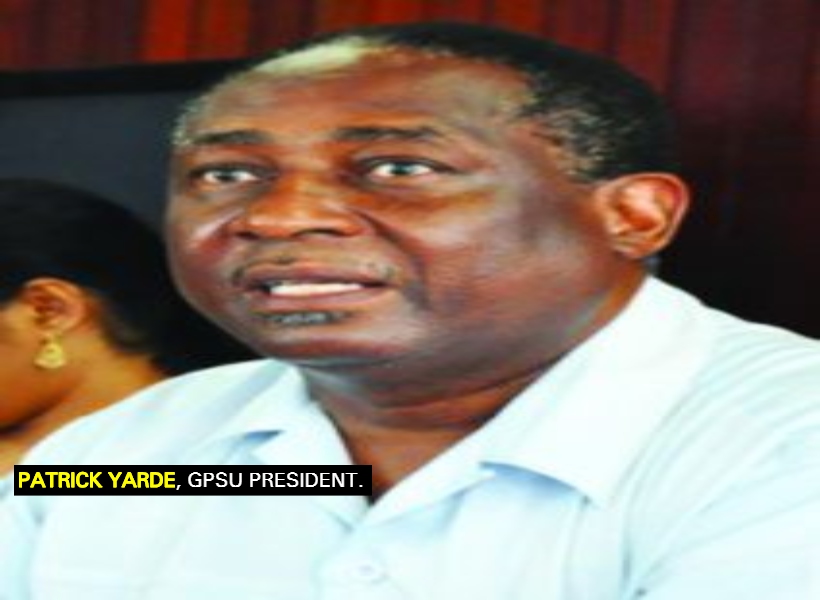 Since his appointment as President of the Guyana Public Service Union (GPSU), Patrick Yarde and his members have struggled to ensure fair treatment of the nation’s workers, good governance, and for the respect of trade unions’ rights. GPSU has also struggled for betterment in the area of racial harmony.

But in a missive to the media moments ago, Yarde bemoaned the fact that there has been little progress on the aforementioned issues in almost three decades. He said that the GPSU’s greatest obstacles on these matters “were two-faced politicians, hypocrites, and opportunists that were collaborating with them.”

Further, Yarde said that while there was great hardship under the PPP rule, he and his members were hopeful for a change with the APNU+AFC coalition. Regrettably, the GPSU President said, this was not the case. He said, “Even in cases where it was most desired and did not involve any expenditure, assurances for betterment were not met and the inclusiveness that was assured was not available.”

The GPSU President also noted that there some crucial labour issues which must still be addressed by the government. In this regard, He stated, “I must mention our sweepers/cleaners in schools. We view the treatment meted out to them as most uncaring and tantamount to a national disgrace. There is also the unenlightened administration of the Labour Department of the public service.”

Taking the foregoing into consideration, the GPSU President said that urgent action is necessary to correct the prevailing perception that undermines the trust and confidence in the current government.

He said, “There must be compliance and unwavering commitment to International Labour Conventions that are in place to enforce labour laws. Trade union rights are human rights and must be respected. Collective Labour Agreements must be honoured and workers’ rights must be seen and treated as priorities.”

Yarde noted that displaying sincerity that workers will be valued and treated even-handedly will not only build trust but most certainly contribute to the environment that is needed to move the nation forward in harmony.