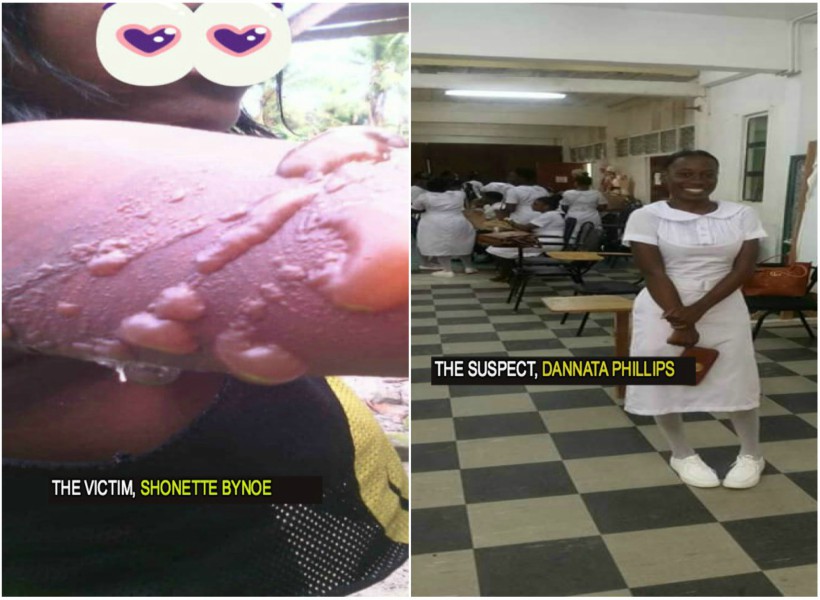 A jilted student nurse who was determined to get rid of her boyfriend’s other love interest, boiled a pot of hot water with salt and poured it on the unsuspecting woman Friday night in Wisroc, Linden.

The victim has been identified as Shonette Bynoe of Half Mile, Linden. She was treated at the Linden Hospital Complex and sent away. Several parts of her body are swollen as a result of the hot water.

The suspect, Dannata Phillips of Wismar Housing Scheme, is presently in police custody. She is a student at the Charles Rosa School of Nursing.

According to information received, both young women shared the same boyfriend. Yesterday afternoon, the nursing student went to spend some time with the man when the second woman visited.

To avoid a conflict, this news agency was told, that the boyfriend left the suspect inside and went out in the yard to talk with the second woman when the student nurse allegedly peeped and saw her rival.

A police source said that the aspiring nurse proceeded to boil water and added salt to it before rushing outside to confront the victim. “A neighbour said she (suspect) just ran out and fling it on the girl and start curse her out,” a police source said.

The victim was taken to the hospital by her love interest while the suspect went home where she was later arrested.