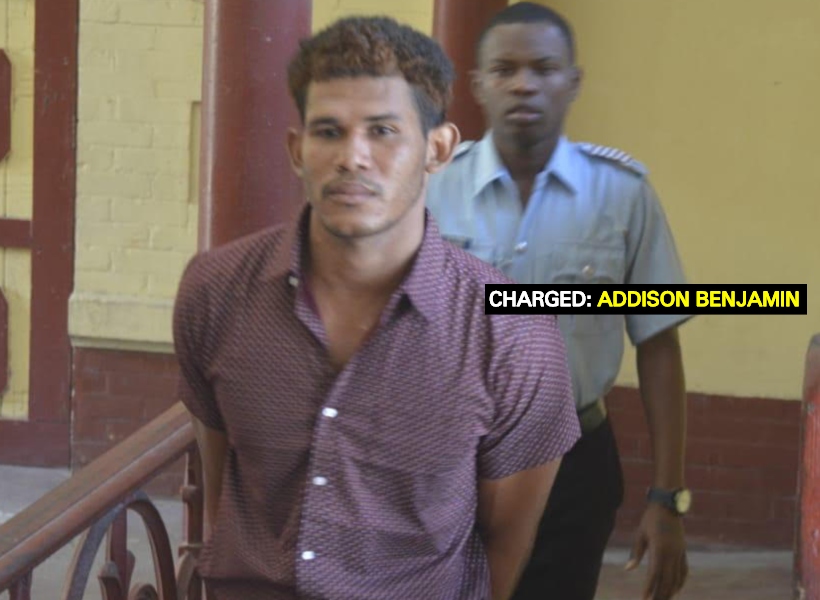 One week after a Region 7 Toshao was viciously attacked and had his head severed by his son-in-law while he reportedly saved his daughter from a severe beating, the young man was this morning charged with murder.

He was not required to plead to the indictable charge which alleged that on January 1, 2019 at Kurutuku Village in Region Seven, he murdered Solomon Lewis, a Toshao and his father-in-law.

Benjamin was represented by attorney-at-law Dexter Todd who told the court that on the day of the incident his client acted in self defence since he was being beaten by the now deceased and his brother-in-law, Marvin Lewis.

The lawyer added that while his client was being severely beaten by the men, Solomon fell to the ground and his client ran into the bushes to get away.

However, facts presented by Police Prosecutor Gordon Mansfield stated that the toshao went to intervene in a domestic violence matter involving his daughter and Benjamin, her partner, when he was attacked.

The court heard that during the process of settling the matter, the now deceased was viciously attacked by his son-in-law who severed his head.

Benjamin also allegedly severed one of the hands of his brother-in-law before making good his escape.

The prosecutor further told the court that Benjamin will be soon be charged for the attempted murder of his brother-in-law, along with more charges.

The Police in a release had said that Benjamin was beating his wife which caused his father-in-law to intervene.

However, Benjamin became annoyed and armed himself with a cutlass and fatally chopped his father-in-law.

Afterwards, he turned his attention to his brother-in-law and injured him after which he fled the area in a boat.

The matter was reported, an investigation was carried out and he was arrested and taken into custody.
The Magistrate remanded Benjamin to prison until January 28, 2019.