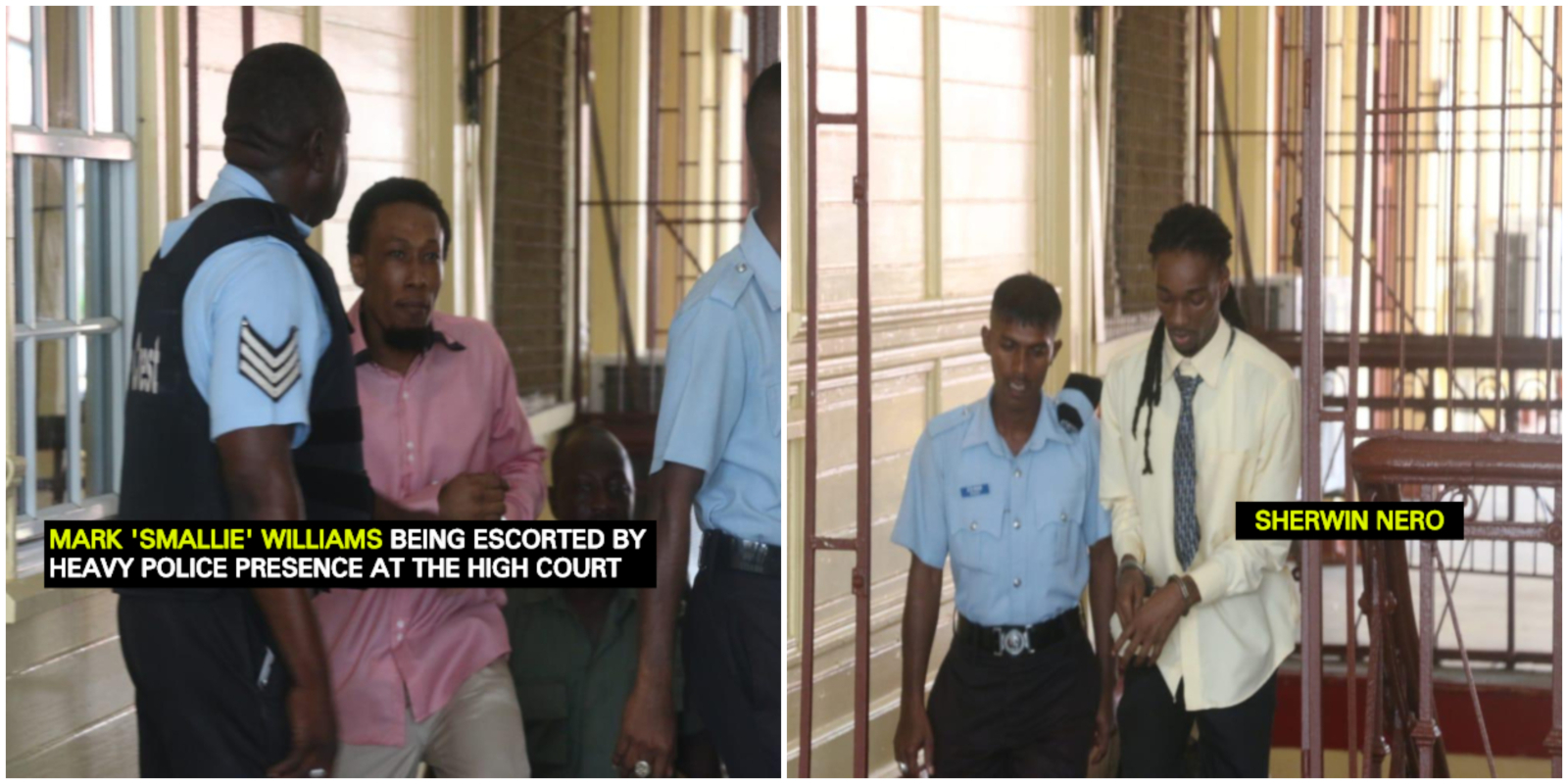 Under heavy police presence, death row inmate Mark Williams, called ‘Smallie’, and his co-accused were brought to the High Court this morning to face a murder trial.

Williams and Sherwin Nero, called ‘Catty’, or ‘Pussy’ pleaded not guilty to the charge which alleged that on August 30, 2007, in the county of Demerara, they murdered Kumar Singh, called ‘Mango Man’.

The two murder accused are on trial before Justice James Bovell-Drakes and a 12 member mixed jury.  They are both being represented by attorneys-at-law Nigel Hughes and Ashley Henry.

During the trial, which is ongoing, several police witnesses and civilians are slated to testify.

Reports indicate that 51-year-old Singh, a businessman, of Lot 51 Craig Milne, Cove and John, East Coast Demerara was shot and killed by bandits.

According to reports, the gunmen stormed Singh’s home and began terrorising his family. Singh and his family members were shot at during the 15-minute ordeal.

In 2017, Williams was handed the death sentence after being convicted of killing 12 persons, including police ranks, at Bartica in 2008. The mass killing is widely known as the ‘Bartica Massacre.’

That same year, Williams was among the high profile prisoners who escaped from the Camp Street prison. He was however apprehended weeks later by police ranks while he was on-board a public minibus in Berbice.