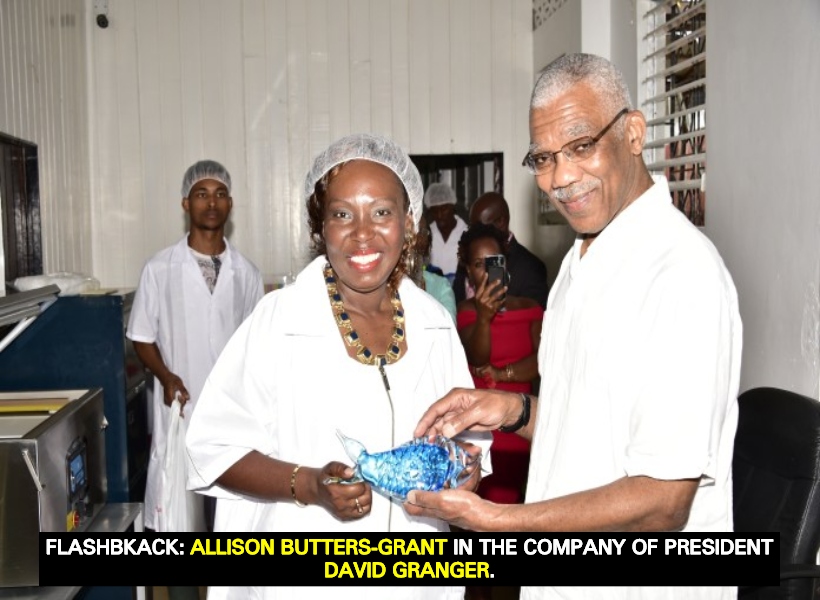 Although many are still grappling with the news of the passing of businesswoman, Allison Butters-Grant, they can find comfort in the fact that she was able to use her time on earth to make a lasting impression on the lives of many.

Butters-Grant, who sat at the helm of the 8 West Ruimveldt, Front Road, Georgetown, Global Seafood Distributors, was over the years able to transform the seafood business here in Guyana. She not only provided employment to many but was able to help those very employees improve their lives when many of them saw this as a near impossible feat.

Butters-Grant, like Head of State, President David, was inflicted with Non Hodgkin Lymphoma. Non Hodgkin Lymphoma is a group of blood cancers that includes all types of lymphoma except Hodgkin’s lymphomas. Lymphocytes are types of cancer that develop from lymphocytes, a type of white blood cell. Symptoms include enlarged lymph nodes, fever, night sweat, weight loss and tiredness.

Many have since expressed sadness over the passing of this phenomenal businesswoman whose life was snuffed out on Sunday.

President Granger is among those who had long recognised Butters-Grant’s contribution to Guyana through her business and had said as much while she was still alive.

In expressing heartfelt sympathy to her husband, Kerwin Grant, children Tiffany and Tricina and other relatives, President Granger recalled that, “Mrs. Butters-Grant was greatly admired and respected as a female entrepreneur and trailblazer.”