Home Court Youth who said he had no right to snatch woman’s chain gets... 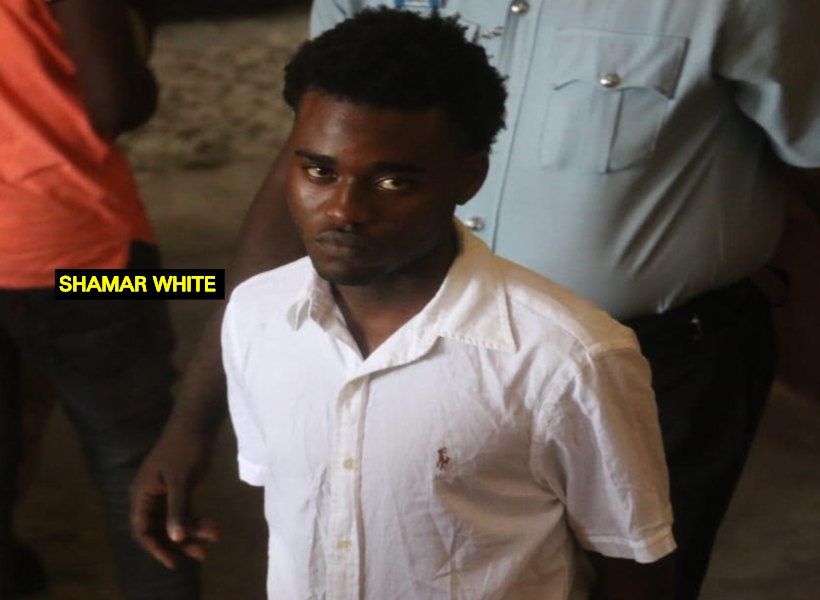 “I had no right to snatch the woman chain. I will never do it again just gave me a second chance to be a better person,” were the words of a man who pleaded guilty to a simple larceny charge.

Twenty-year-old Shamar White pleaded guilty to the charge which stated that on January 12, 2019, at Hadfield Street, he stole one gold chain valued $300,000 from Ashanti Khan.

He appeared before Principal Magistrate Sherdel Marcus-Isaacs, in the Georgetown Magistrates’ Courts.

Facts presented by Police Prosecutor, Adoni Innis, stated that on January 12, 2019, at around 08:30 hrs the victim was at the Mahdia Bus Park when she was approached by White who snatched her chain from around her neck, and attempted to make good his escape.

An alarm was then raised, and public-spirited persons in the area were able capture him. The court heard that, consequently, police officers on patrol duty stopped and arrested him.

A search was then carried out and the chain was found in his hand.

He was then told of the offence to which he admitted.

A teary-eyed White, when asked by the Magistrate why he stole the woman’s chain stated, “I following people and that’s why I’m in this position. I see the lady walking good good and I went and snatched her chain.”

He added, “Please don’t sentence me. Give me another opportunity to prove my self and be a better person.”

The Magistrate, after listening to the defendant, postponed the matter until a probation officer spoke with the defendant.

When the matter was recalled, the probation officer told the court that White is a school dropout and is living in an unstable family.

This, she added, is the cause for him being in company of older men, who are not working.

The Magistrate, after listening to the probation officer, sentenced White to community service or, in default, six weeks of imprisonment. She also ordered that he undergo six weeks of counseling sessions.

Failure to do so would result in White being sentenced to six weeks imprisonment.