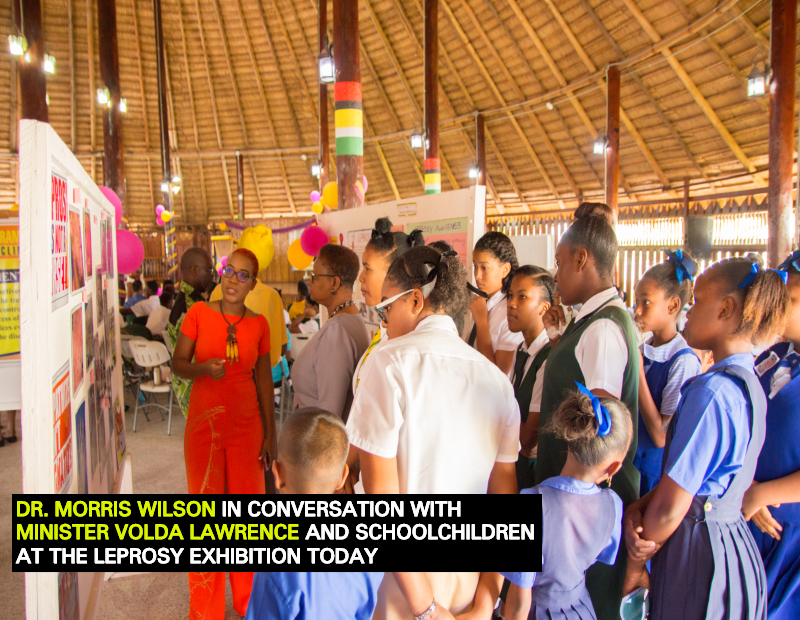 Children with leprosy more than doubled last year according to local statistics and the situation is being viewed as a serious concern by Guyana’s Public Health Ministry.

In her feature address at today’s launch of World Leprosy Day held at the Umana Yana, Kingston, Georgetown, Public Health Minister, Volda Lawrence, disclosed that of the 67 new cases of leprosy, children comprised six percent of the figure.

Though the figure dipped last year, falling to 49 new cases, the percentage of children infected climbed to 14. This is troubling, the Public Health Minister said.

“We have a serious cause for concern. A significant percentage of our children are at risk of this disease, and hence it is imperative that we boldly endorse this year’s theme through education and heightening of public awareness so that all those afflicted by the disease can be encouraged to seek medical assistance before disabilities and deformities become visible,” Minister Lawrence shared.

The 67th annual World Leprosy Day was observed this year under the theme ‘Ending Discrimination, Stigma and Prejudice’ and this prompted Lawrence to charge Guyanese to help “destroy the myths about the disease and pull down barriers of stigma and discrimination and spread the important message that leprosy can be treated and cured with antibiotics once discovered in the early stages.”

Globally, 30 persons are diagnosed with leprosy every hour. The figure is less depressing in Guyana with almost six per month in 2017 (67) and slightly more than four (49) in 2018 contracted the contagious ailment, Leprologist Dr. Holly Alexander said.

Alexander lauded the dedication of the Ministry, led by Dr. Heather Morris-Wilson, Director of the government’s Leprosy Control Programme, in fighting the disease. The infectious aliment has moved “to the front burner” Alexander said, reminding the audience that lepers can still live “highly productive lives”.

Worrying too is that fact that persons affected with leprosy have a higher prevalence of psychiatric problems than the general population of patients with other diseases. Lawrence reminded that depression can “reinforce feelings of social exclusion, interfere with work and daily life, reduce social interaction and lead to further isolation and in severe cases can lead to suicide.”

“The depression may also lead to, or accentuate a lack of self-care, low self-esteem, strong negative feelings of guilt, self-doubt, anguish, fear and sadness which can impact on the patient’s mental health which can worsen impairments,” Minister Lawrence said.

The global leprosy agenda, is to eliminate the disease at the sub-national despite the myriad challenges, PAHO/WHO representative here, Dr William Adu-Krow, said in his presentation. According to Dr. Adu-Krow, obstacles include limited impact on transmission of leprosy; continued delay in detecting new patients; and persisting discrimination against people affected by leprosy are among the most frequent.

The launch of World Leprosy Day was characterised by an exhibition which sought to highlight important facts about the disease.