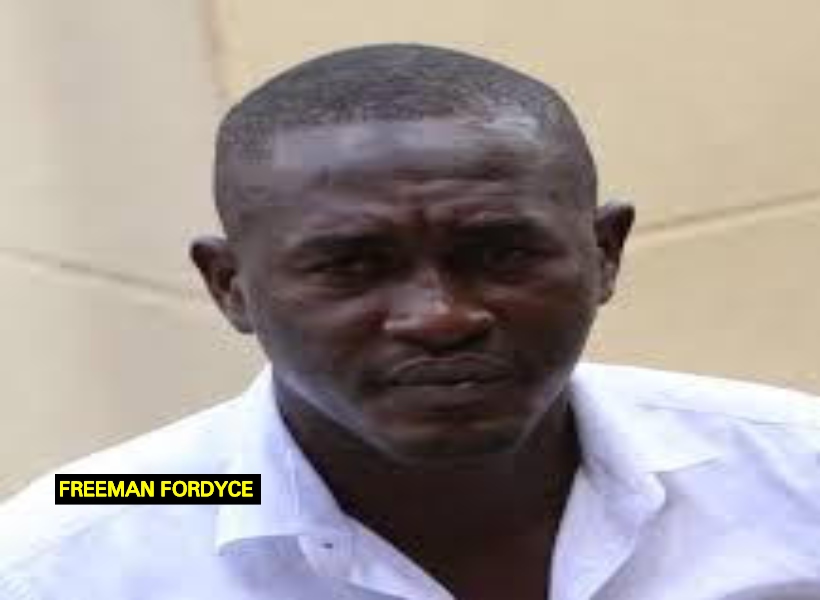 Freeman Fordyce, the owner of Diamond Strip Club and someone who is no stranger to the courts, was this morning handed a four years suspended sentence after being convicted on firearm related charges.

On May 5, 2018 at George and Princes Street, Georgetown, he had in his possession one Smith and Wesson 9mm pistol without being a licensed firearm holder at the time.

On the same day,  he had in his possession 15 live rounds of 9mm ammunition without being the holder of a firearm licence.

At the conclusion of the trial this morning, the Magistrate told the court that after going through the evidence of the prosecution she was satisfied beyond reasonable doubt that Fordyce had the illegal gun and ammunition in his possession.

His lawyer, Nigel Hughes, in a plea in mitigation, told the court that his client is the proprietor of a Jewellery Pawn Shop. The lawyer begged the court for leniency.

According to reports, on the day in question, a party of policemen went to the business place of Fordyce where they conducted a search on the businessman’s person. It was discovered that he had one Smith and Wesson 9mm pistol along with 15 live 9mm ammunition concealed in the crotch of his pants.

Fordyce is also currently before the court in relation to a widely circulated video in which he was seen punching a Police Inspector to the neck.

In that case, it is alleged that on November 9, 2018 at George Street, Georgetown, he assaulted Police Inspector, Prem Narine.

It was further alleged that on the same day and at the same location, Fordyce behaved in a disorderly manner.

He denied both allegations after they were read to him in the Georgetown Magistrates’ Courts.

It was reported that the Inspector along with other policemen went to search the club after four Venezuelan women complained that the businessman seized their passports and threatened to kill them and their families if they refused to work as prostitutes.

This revelation came to light when two of the entertainers escaped from the club. It was their statements that led ranks to carrying out the raid.

During the search, however, Fordyce punched the Inspector to the neck.

The officer subsequently pulled out his gun to keep the attacker at bay.

The entire ordeal was recorded on surveillance camera.