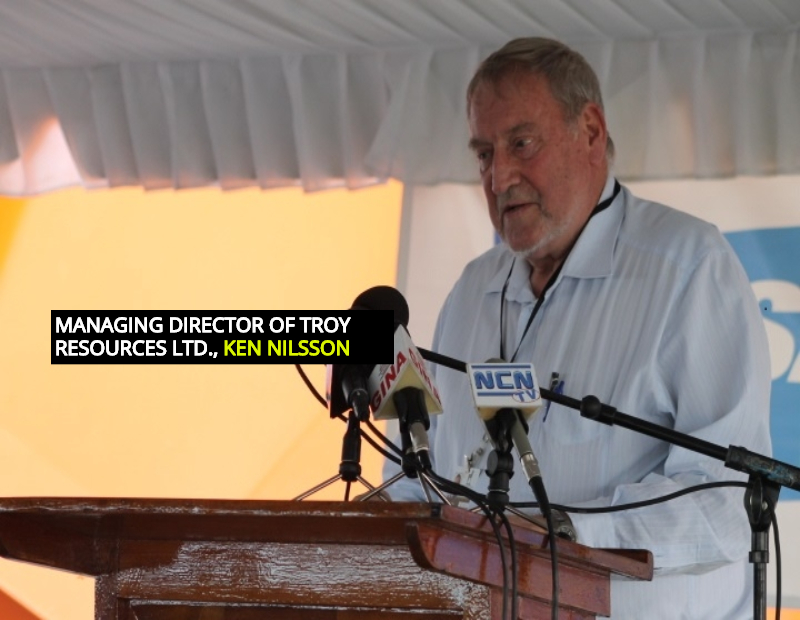 Australian headquartered Troy Resources Limited recently intersected a bonanza gold grade of up to 221.48 grams per ton (g/t) from drilling at a prospect near its Karouni mill in Guyana. The company’s Managing Director, Ken Nilsson, said the results came from its Phase One and Two reverse circulation drilling campaigns at its Ohio Creek prospect.

He said that the completed Phase One programme comprised of 39 holes at depths of 70 and 140 metres for a total of 3,917 metres.  He said that results have also been returned from the company’s first 20 holes of an ongoing Phase Two campaign designed to encompass 47 holes for an aggregate 4,365 metres.

Nilsson said, “Our evaluation of Ohio Creek continues to progress in the right direction. There is no doubt that given the strike metres, depth, width, and grade, the prospect hosts very significant gold mineralisation. However, with the local geology obviously complex, diamond drilling, which is due to commence shortly, will add significantly to our understanding of the controls on the mineralisation. Accordingly, there is every reason to believe that the Ohio Creek will become the site of a future mining operation.”

Further to this, Nilsson said that gold mineralisation now extends for 800 metres, remains open in all directions, and demonstrates the potential for the presence of a significant high-grade gold system. He said it appears to be related to course gold in quartz veins within the carbonaceous shales and on the contact to mafic schist.

He stated that there will be a diamond drill rig on site this month for a campaign aimed at better understanding structural controls on mineralisation as well as to supply samples for metallurgical testing.

“A haul road linking Ohio Creek with the Karouni mill, about 10 kilometres away, is being constructed and one of two creek crossings have been upgraded with the other to be completed by the end of next week,” the Managing Director stated.

The company’s construction of a satellite camp will also begin this month.