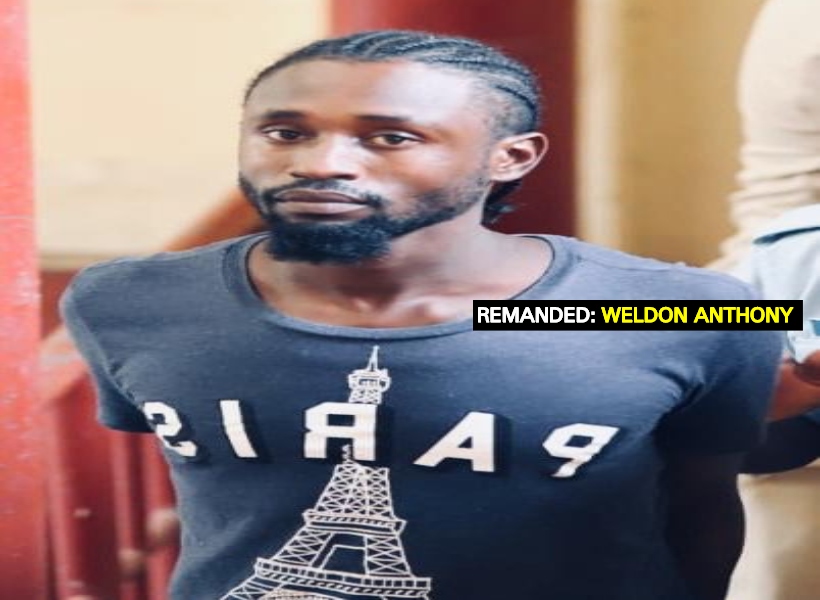 A 27-year-old father of four was today charged and remanded to prison for robbing a Ministry of Education staff of his motorcycle and other valuables.

He denied the allegation after it was read to him.

Facts presented by Police Prosecutor, Quinn Harris, stated that, on the day in question at about 19:00 hrs, the defendant and two other individuals held the victim at gunpoint.

The court heard that the defendant pointed a gun at the victim’s head and instructed him to lay on the ground before robbing him of the articles mentioned in the charge.

The matter was then reported, an investigation was carried out, and the defendant was arrested with the bike in his possession.

An identification parade was conducted and he was positively identified as the person who executed the robbery. Hence, he was charged for the offence.

The Prosecutor made serious objections to bail being granted to Anthony, citing the serious nature of the offence and the penalty the charge attracts.

The Magistrate, after listening to both sides, remanded the defendant to prison.

Anthony was instructed to make his next court appearance on February 18.