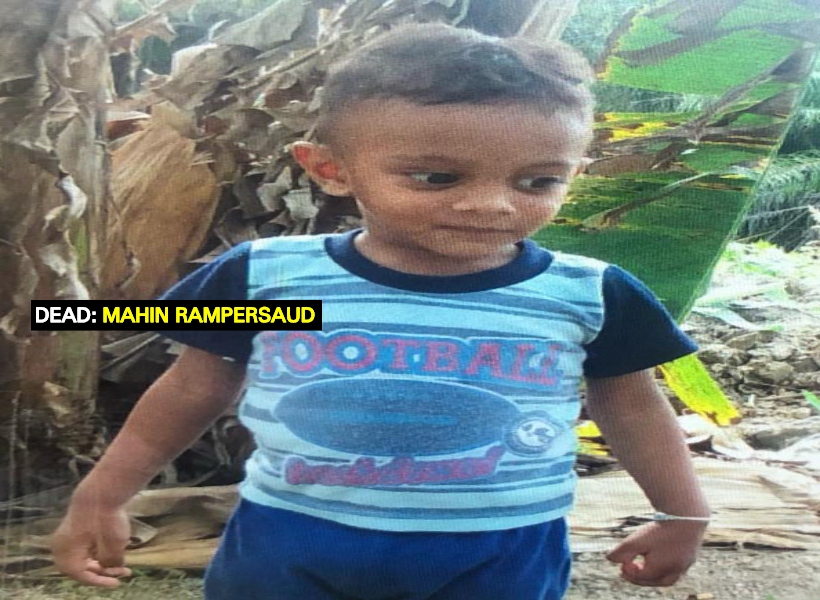 A source at the Guyana Fire Service (GFS) has revealed that the origin for last Thursday’s fire at Mon Repos, East Coast Demerara (ECD), which took the life of 20-month-old Mahin Rampersaud, is likely to be registered as unknown.

The Guyana Standard has been told that this is likely to happen because there was no working electrical appliances in the room where the fire started just after 2:00 hrs that day. Additionally, there is no evidence of foul play.

“The grandmother told us that the fan was not working and that she had just put the baby to sleep and went downstairs to sell in the shop so we have no evidence of how this fire started. We, however, have suspicions,” a source at the fire department said this morning.

According to information received, one of the theories firefighters are working on is that the child might have woken up and played with something flammable. “This is just a theory, we don’t have anything concrete but we are still investigating.

Little Mahin Rampersaud will be laid to rest today. A post mortem examination showed that he died from burns.

Just after 2:00 hrs last Thursday, the family’s two-storey house—with a rum shop at the bottom went up in flames. The fire started in the upper flat, in the room where the toddler was said to be sleeping while his grandparents were downstairs.

By the time Rampersaud’s grandparents realized there was a fire upstairs, it was already too late. The room he was in was already engulfed in thick smoke. The fire killed the 20-month-old and ripped through the house, leaving only the concrete frame.

The baby’s mother, Mala, said she was at work when she when she received a call from her sister who informed her that their parents’ house was on fire. It was when she reached at the scene that she discovered her son was dead.

A small house which is located at the back of the burnt property was not damaged by the fire. The family is now staying there.

The Guyana Standard was told that the house was not insured.