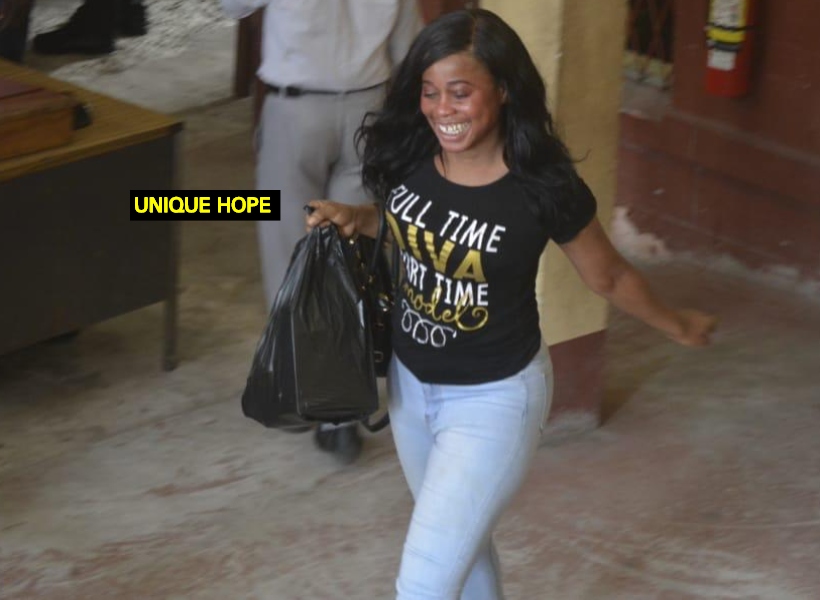 A hairdresser who pretended to be her sister who has a disability in order to acquire a passport has been sentenced to six months’ imprisonment for the crime.

The woman, Unique Hope, 31, of Kitty, Georgetown who had about two weeks ago pleaded not guilty to the charge, opted to change her plea to “guilty” today.

On January 17, 2018, at Central Immigration and Passport Office, Georgetown, for the purpose of procuring a new passport, Hope admitted that she made a false statement when she signed a written declaration stating that she was Coretta Hope, knowing same to be false.

At her first court appearance she denied the allegation and was granted bail in the sum of $100,000. However she was unable to post the bail. In addressing the court this morning, Hope said that she wants to return to Barbados to take care of her children.

According to information, Hope, a Guyanese, was granted a passport a few years ago. The woman then went to Barbados where she overstayed and was deported. On her arrival to Guyana, she applied for and was granted a new passport in the name of Onika Benjamin.

With the new passport, Hope went back to Barbados where she overstayed again, and was deported once more.
The court heard that it was only recently that the woman turned up to the immigration office with her mother and applied for a new passport under the name Coretta Hope, who is her disabled sister.

Hope’s mother is alleged to have also made a false declaration stating that Unique Hope was Coretta Hope. However, officials at the immigration office observed several discrepancies with the passport and the police was called in, hence Hope was arrested and charged for the offence.

The custodial sentence was imposed by Magistrate Faith McGusty at the Georgetown Magistrates’ Courts.