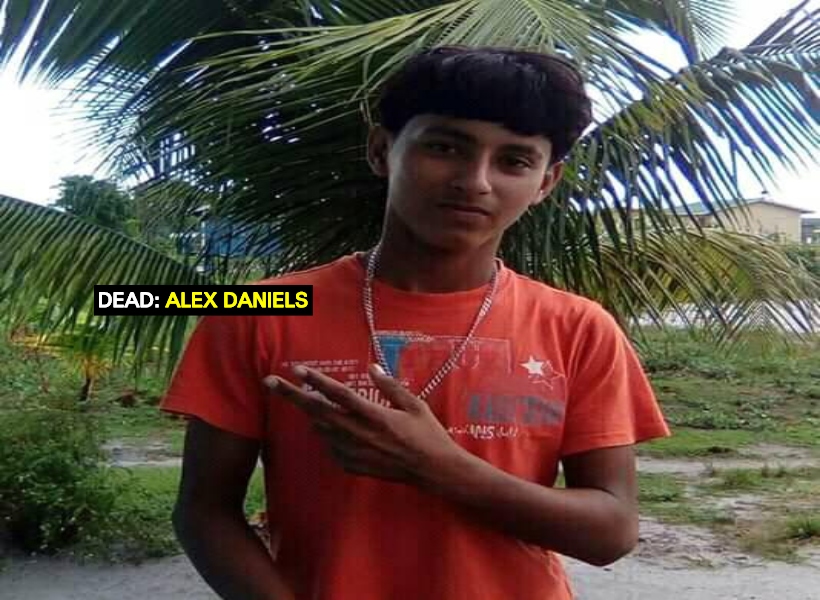 A 19-year-old miner lost his life yesterday afternoon when his drinking buddy stabbed him with a knife at Frenchman Backdam, Mabura, Region 10.

Dead is Alex Daniels, a miner of Swan Village, Linden. He was stabbed twice in the region of the heart and died on the spot. The suspect has been identified as a 23-year-old man, who worked at the same camp with the deceased. They lived in the same village too.

The Guyana Standard has been informed that the suspect surrendered himself to ranks at the Mabura Police Station. The murder weapon was lodged. According to information received, the suspect and the deceased, along with other workers from their camp, were imbibing at a shop.

Just before 15:00 hrs yesterday, some of the workers left the shop to go back to their camp. The deceased and the suspect along with another individual left shortly after. Reports are that as the two men were walking to their camp, one of the deceased slippers fell off his feet. The suspect then picked up the slippers and threw it in the nearby bushes and challenged the teen to go for it.

Police sources said that an argument ensued between the two young men but the camp worker who was walking with them intervened. This news agency was told that the deceased eventually went and got his slippers. Upon reaching the camp, however, the suspect armed himself with a knife and ran to the deceased and plunged it twice in his chest.

The 19-year-old fell to the ground and died shortly after. The suspect has since confessed to murdering the teen.