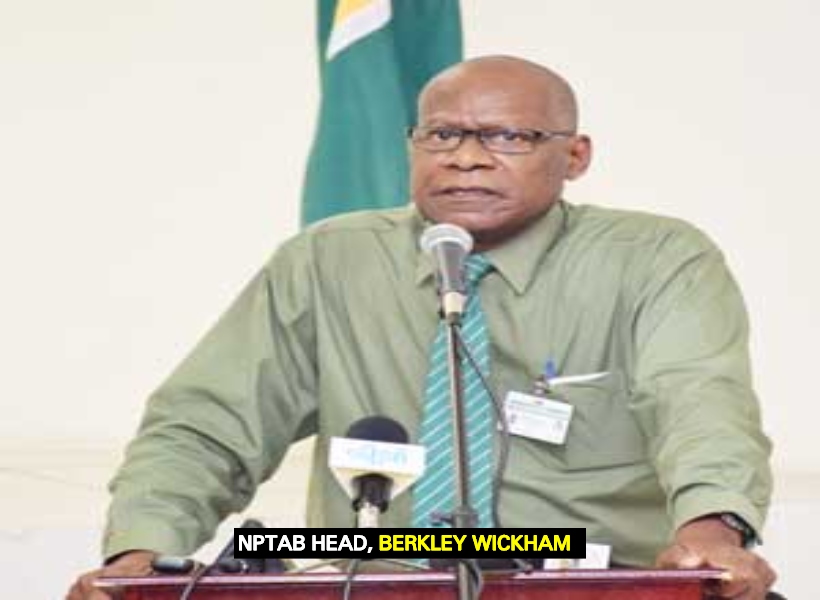 Head of the National Procurement and Tender Administration (NPTAB), Berkley Wickham, has made it clear that the agency has not and will not be sending contracts to the Ministerial Plenary since this new body is not provided for in the nation’s laws.

He made this pellucid during an exclusive interview with the Guyana Standard.

In an exclusive interview with the Guyana Standard, Wickham explained how NPTAB plans to operate now that there is no longer a Cabinet but a Ministerial Plenary. He said, “I don’t even know what that is. There is no such thing in the Procurement Act…I don’t have to send anything to no Plenary. As a matter of fact, if you read the Act, you will see what the role of Cabinet was. If there is no Cabinet then they [Ministers] don’t have a role.”

Wickham emphasised that NPTAB is following the Procurement Act as it relates to how tenders are awarded.

This news outfit reminded that a few weeks ago Minister of State, Joseph Harmon, said that the Plenary “noted” several contracts. The NPTAB Head was subsequently asked to say if any contract was sent to the Ministerial Plenary.

Wickham responded, “I heard about this [the Plenary] the same way you heard about it. I have not sent any contracts to any Plenary…because the only political agency [that has a role where noting of contracts is concerned] is Cabinet and it does not exist so I can’t send anything to anybody. I am guided by the Procurement Act.”

The Guyana Standard also spoke with other concerned transparency advocates and they do not agree with the Government’s sudden formation of a Ministerial Plenary.

Political Activist, Dr. David Hinds, categorically stated that, for him, “The Ministerial Plenary is a farce.” He said, “Obviously the Cabinet is meeting and it is calling itself another name…I think at the political level, the coalition is finding ways to survive.”

Dr. Hinds opined that while he does not believe the move by government is illegal or unconstitutional, it is not within the confines of political best practice. “They are doing it because it is imperative from their standpoint, that the government survives. They are manipulating the process,” expressed Dr. Hinds.

As for Head of Transparency International Guyana Inc. (TIGI), Dr. Troy Thomas, he insists that the ruling of the High Court is clear. He reminded that on the passage of a No-Confidence Motion, Cabinet ceases to exist.

He said, “Government has to explain what this plenary is all about. The President can use his ministers to advise him; no problem with that. But he can’t use the plenary to justify his actions; you can’t assign to a structure that does not exist in the Constitution, constitutional powers.”

Considering this, Dr. Thomas said that the political opposition would be within its right to challenge any decision made by the plenary. He also said that Permanent Secretaries and Regional Executive Officers (REOs) should keep records of everything they have been asked to do by the Ministerial Plenary.