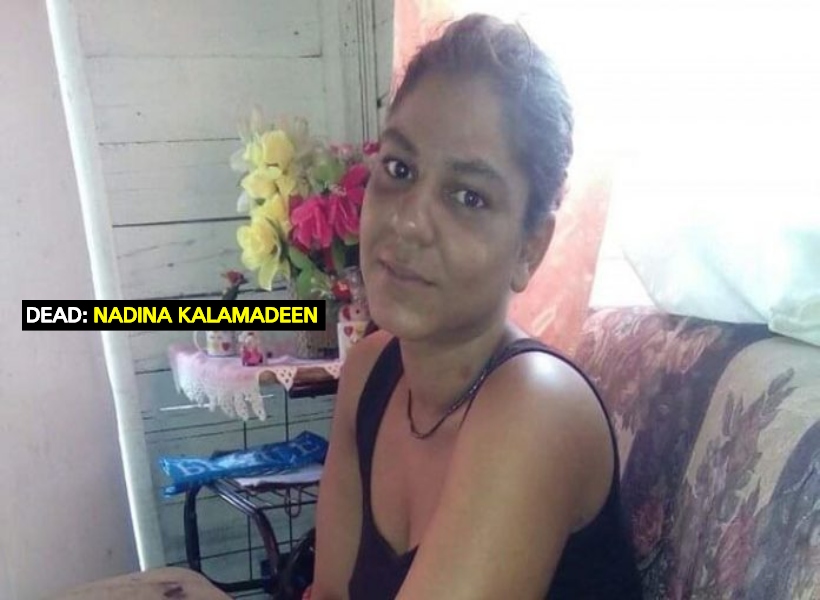 A 34-year-old woman was stabbed to death late last night by her intoxicated spouse at Sophia, Georgetown.

The deceased has been identified as Nadina Kalamadeen, a mother of five. She was pronounced dead at the Georgetown Public Hospital Corporation (GPHC).

Kalamadeen was stabbed multiple times about her body by the suspect who is in police custody.

The Guyana Standard was told that the suspect and the woman are separated. Yesterday morning, he reportedly went to the woman’s home but left after relatives informed him that she was sleeping.

The man is said to have returned to the woman’s home late last night and the two were seen interacting before he attacked her.

The suspect attempted to flee but was apprehended by residents and handed over to the police.