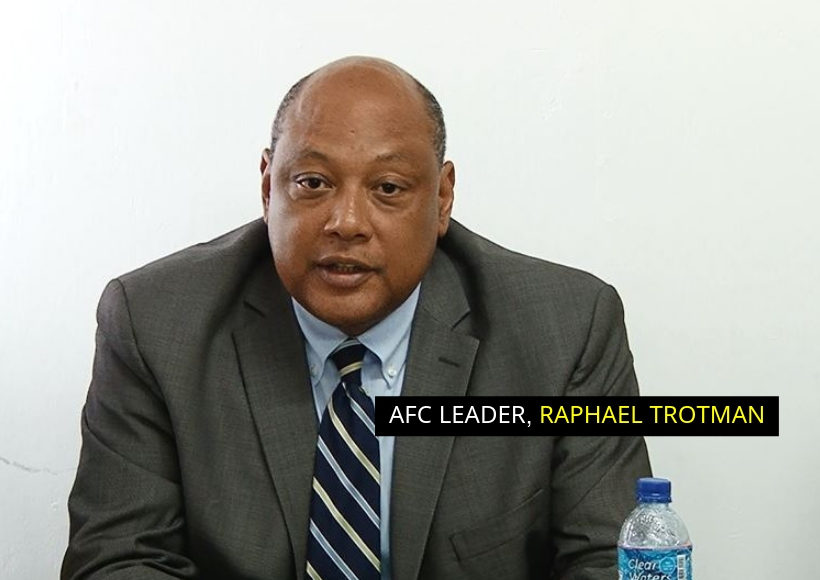 The provision in the Constitution which stipulates that dual citizens cannot hold a seat in the National Assembly is doing an absolute disservice to Guyana says Leader of the Alliance For Change (AFC), Raphael Trotman. It is in this vein that the lawyer said today at his party’s first press conference for the month that the said provision needs to be amended.

Trotman said, “About 15 years ago, I read a World Bank report that said, of all the countries in the world, Guyana was the most affected by the brain drain…It went on to say that 86 percent of all of our graduates now live and work in a developed country and it means that 14 percent of us who are here are left with the task of managing a country. I believe that that’s an impossibility.”

The AFC Leader continued, “Of that 14 percent, half is preparing to leave and for the most part, the other half is not speaking to each other…So it is impossible for Guyana to be developed by a small group when the critical mass of our talent resides outside of Guyana. The AFC has always stated publicly that we wish to have Diaspora representation not just in Parliament but also in government and we maintain that.”

The lawyer added, “We will be pushing for this amendment…We have to take a second look at it because this is going to do damage. There are people who, especially since we are going to go into oil production, can make a contribution and I don’t believe that the framers of the Constitution…intended that we would lock the door on the Diaspora.”

The AFC Leader emphasised that one must acknowledge the fact that Guyana cannot be developed in the manner and pace at which is required if the door is closed to the Diaspora.

He said, “They have a right to be represented in the House…This Article in the Constitution is doing Guyana a disservice and therefore needs to be amended.” Trotman assured that the AFC will push for this in the 12th Parliament.