Home News “How low can you go?” — Jagdeo to Trotman 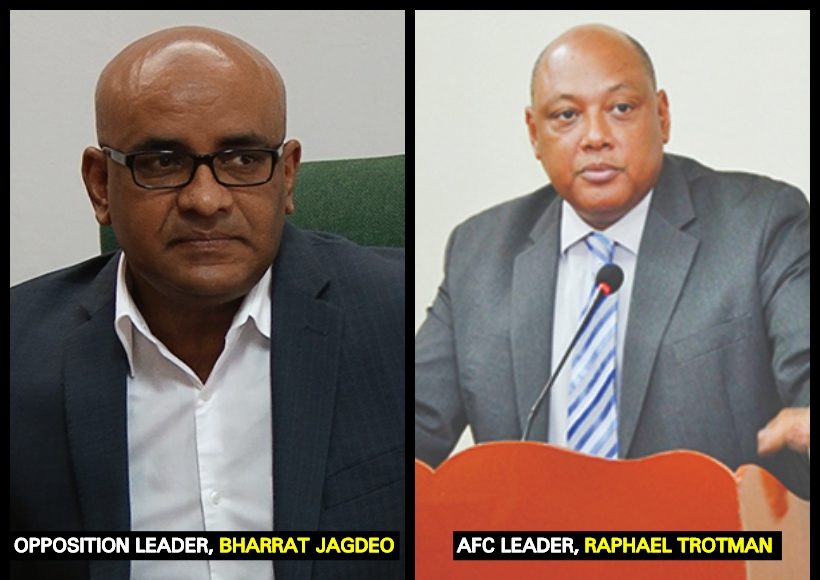 Saying Alliance for Change (AFC) Leader, Raphael Trotman has hit an “all time low”, Opposition Leader, Bharrat Jagdeo, today blasted Trotman’s statements about the need to revise the constitutional provision that bars dual citizens from sitting in the National Assembly.

Jagdeo described Trotman as a hypocrite and even asked, “How low can you get?”

Today, Jagdeo said that he was taken aback by Trotman’s newfound love for the Diaspora since the AFC chastised Charrandass Persaud and said nothing when the government went to the court to nullify Persaud’s vote for the December 21 no confidence motion based on the fact that he is a dual citizen.

Jagdeo claimed that that is an all-time low for Trotman to now face the nation advocating for dual citizens. He further said that Trotman’s position on the matter is just another example of the AFC wanting best of both worlds.