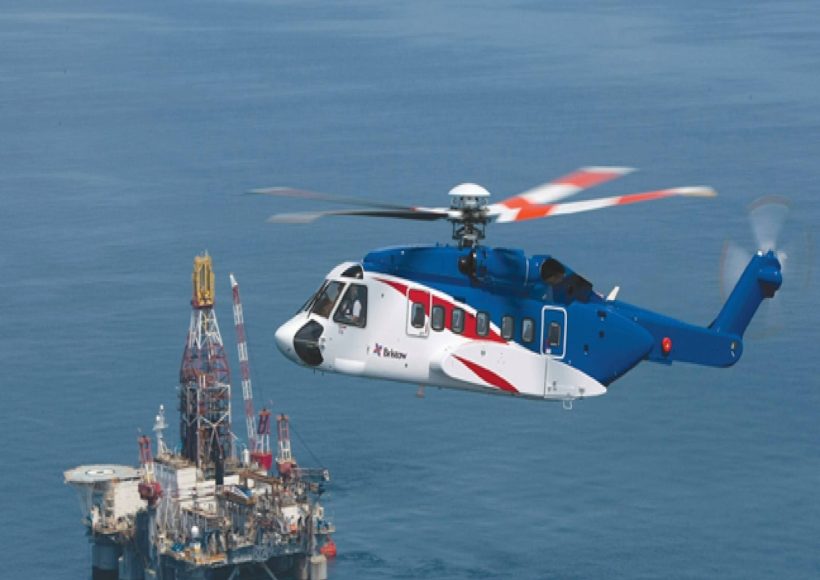 The impending declaration of bankruptcy from the Bristow Group – Exxon’s helicopter service provider – is already drawing attention on the international aviation stage but the company is now under further scrutiny, with several law firms investigating its officers’ possible violations of federal security laws.

The Bristow Group sought to assure that certain operations it has around the world – like in the UK where it employs 900 persons and carries out search and rescue operations on behalf of the UK coast guard – would not be affected.

However, nothing has been said about its operations in other jurisdictions, such as Guyana. Questions have been raised on how the Guyana operations, where the nation has to pay cost recovery, can be used to cushion the blow Bristow is facing.

Last December, it was reported that Bristow had seen real challenges following the plunge of the offshore energy sector. Furthermore, reports indicate that the debt-saddled balance sheet is a direct consequence of the capital intensive business as continued losses are making current leverage unsustainable.

Things did not get any better in the first quarter of this year; in fact, the situation seems to be rapidly getting worse.

In February, AinOnline reported that Bristow Group broadly hinted that its next move could be bankruptcy. This was after the company formally ended its attempt to acquire Columbia Helicopters for US$560 million, filed notification of late filing of latest quarterly and nine-month financial results with the U.S. Securities and Exchange Commission, and admitted “material weakness” in internal controls over financial reporting dating back at least two years.

The helicopter services company did release “preliminary” financial results that indicated it lost at least US$262.2 million for the nine months ending December 31, 2018, and US$85.94 million in the fourth quarter alone. Those losses, it confirmed, are up sharply — it sustained losses of US$94.78 million and US$8.274 million, respectively, in the same year ago periods.

Furthermore, earlier this month, AinOnline reported, “In the strongest hint yet that bankruptcy is on the table, helicopter services company Bristow Group said on Monday that it has yet to complete its financial report for the quarter ended Dec. 31, 2018, intentionally missed a US$12.5 million interest note payment due April 15, and “is working diligently with its financial and legal advisors to best position the company for the future, both financially and operationally,” according to new CEO L. Don Miller.”

Last week, www.airmedandrescue.com reported that Bristow Group announced that the company and some of its subsidiaries are considering chapter 11 bankruptcy as a viable option to end its debt problems.

Bristow Group has a long-term debt of nearly £1.1 billion (US$1.5 billion) including interest and, on April 16, the firm said that it had brought in financial advisors to “address our liquidity and capital structure, including strategic financial alternatives to restructure our indebtedness.”

Bristow Group has said that the chapter 11 bankruptcy route – which lets firms continue trading while paying off debts – was being considered as part of its bid to address its debt, as well as the ‘weaknesses’ identified relating to helicopter lease agreements.

And this is not the first time that this course has been taken – CHC Helicopter also filed for chapter 11 bankruptcy back in 2016 and survived it thanks to financial restructuring. That being said, the firm has warned that the chapter 11 bankruptcy process would require significant management time, and that customers and suppliers could bail as a result.

A spokesman for Bristow Group said that no final decision had been made.

In a recent financial update released on April 15, Bristow President and Chief Executive Officer L. Don Miller stated, “The steps we are announcing today will afford us additional time to continue our efforts to complete our financial reporting process and address our capital structure. Most importantly, we are, as always, focused on continuity of service in a safe, reliable and professional manner for our valued employees, clients and passengers, as we continue to navigate a challenging market.”

Currently, Bristow Group is to defer a US$12.5 million interest payment that was due on April 15 for a period of 30 days and has also been granted further extension from its lenders before filing its quarterly accounts for the period ending December 31. In addition, its grace period that was previously extended to April 15 has been pushed forward until June 19.