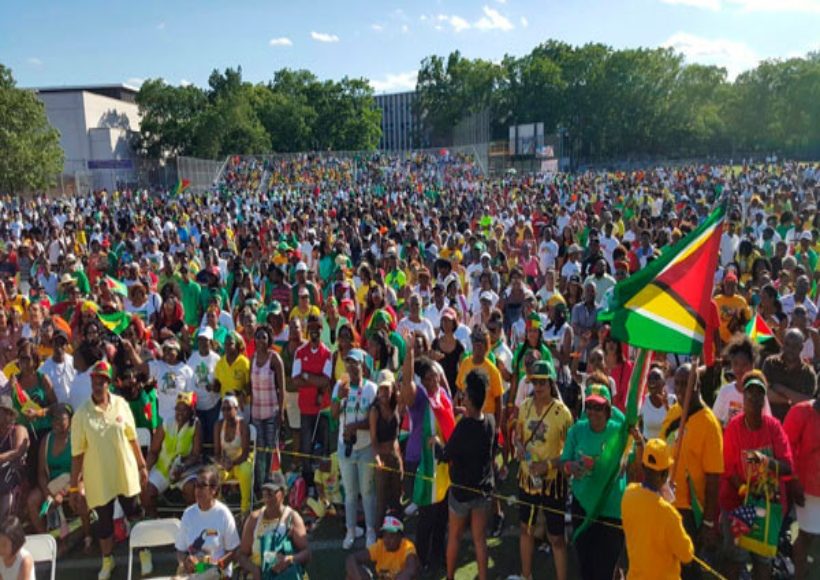 The Guyana Independence Celebration Committee (New York) will host the New York celebration of Guyana’s 53rd Anniversary of Independence on Sunday, June 2, 2019 in Brooklyn. This year’s celebration theme is “Fan The Flame of Guyanese Patriotism.”

The New York Celebration is Guyana’s largest Independence commemoration outside of Guyana. Thousands of Guyanese from the New York City Tristate area and throughout North America flock Brooklyn annually for the independence festivities. This outpouring of support has grown the event into the second largest Caribbean celebration in New York City, after the Labor Day Parade. The organization’s website, celebrateGuyanainnyc.com, has received over five million visits since 2016.

The overall commemoration commences with the Consul General’s interfaith service at York College on May 19, followed by Consul General’s official ceremony on May 24. The Independence Committee will host a youth symposium on May 27, at Medgar Evers College under the theme “Our Youth: Moving Guyana Forward.” The main celebration will take place on Sunday, June 2, 2019. It comprises the annual Guyanese Independence Parade on Church Avenue in Brooklyn, followed by the Flag Raising Ceremony and after parade Unity Concert at a venue to be announced.

The parade will be led by members of the Guyana Defence Force (GDF), the Guyana Police Force (GPF) and Guyanese-Americans in US law enforcement and the US Military. The joint military and law enforcement officers will also conduct the Flag Raising ceremony. Ten GDF officers and two police officers will travel to New York to represent the Joint Services of Guyana at the celebration.

The Event will be hosted by radio personality Malcolm Ferreira, Dr. Rose October and comedian Trey Sancho.   Persons can contact the event’s Committee at  www.celebrateguyanainnyc.com or call 929-263-2556.

CCJ judgement paves the way for GECOM Chair to declare winner of March 2...

It is for GECOM to ensure that election results are swiftly...

“We have to access the situation; be patient” – Granger tells...