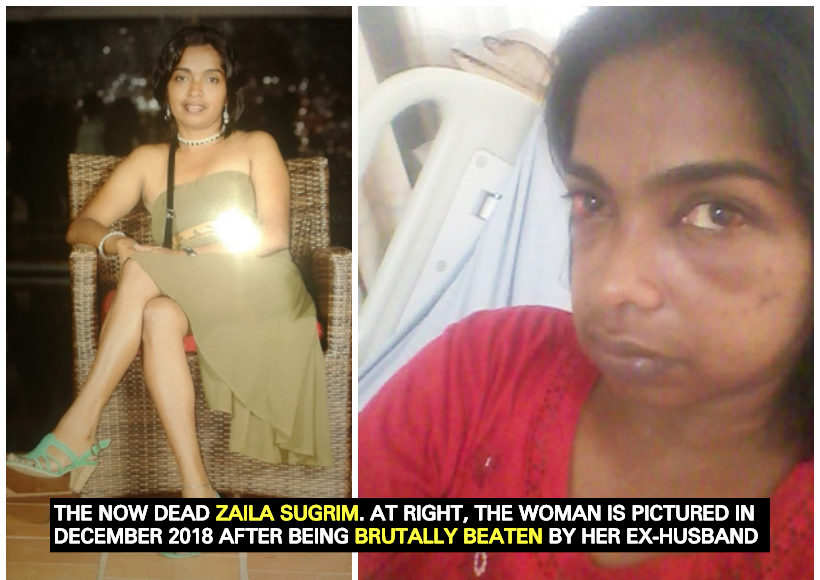 Investigators have stumbled upon the burnt remains of who they believe to be 37-year-old Zaila Sugrim. The discovery was made in a shallow grave of a compound which houses a gas station owned by her ex-husband, Ryan Sugrim.

This happened at Crane on the West Coast Demerara (WCD).

Ranks are currently trying to arrange all the body parts of the deceased, who was last seen entering her ex-husband’s car on Saturday afternoon. A police source said that since the man was arrested on Monday, he chose to remain silent.

The Guyana Standard has been informed that the couple has five children together and shared an on-again/off-again relationship for close to 17 years. They are now separated. It was the children who told investigators that they suspected that their father had killed the woman since he threatened to end her life on numerous occasions. The suspect is said to have attempted to kill the victim many times in the past but he was never charged.

On Saturday however, this news agency was informed that the woman went to spend some time with her son who was celebrating his birthday. In the afternoon, she left the property with her ex-husband but never returned home.

“The family said that they tried numerous times to get onto her but failed to do so since her phone was turned off. They said they called him (ex-husband) and he said he had no idea where the woman was and that he had dropped her home,” a police source said.

After relatives failed to make contact with the woman on Monday, they made a police report and the businessman was taken into custody. A search was subsequently carried out at the man’s home and business place.

Reports are that ranks found what looked like ashes on Monday at the gas station and returned this morning to dig. They later found what they believed to be the remains of the mother of five. The suspect is likely to be charged soon with the murder of his ex-wife.

Additionally, a DNA test has to be conducted on the remains of the 37-year-old woman.

This news agency has been informed that a few years ago, the businessman physically abused the victim and fractured her skull. He is said to have been involved in a number of illegal activities.