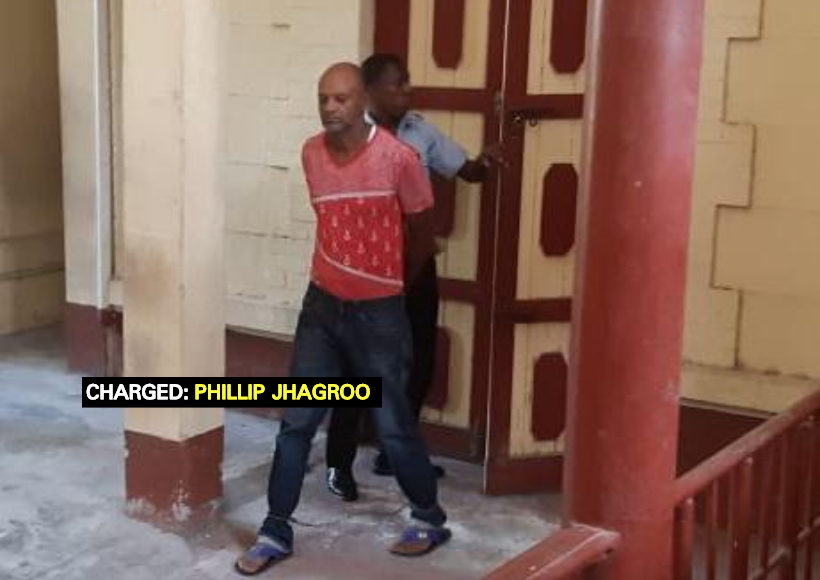 A Leguan farmer who the court heard lashed a man off his motorcycle and threw him overboard was today charged with murder.

Forty-six-year-old Phillip Jhagroo was not required to plead to the indictable charge which stated that between March 30, 2019 and March 31, 2019 at School Dam, Richmond Hill, Leguan Island, Essequibo, he murdered Mark Narine.

Facts presented by Police Prosecutor Stacy Gittens stated that, between the periods mentioned in the charge, Narine was making his way home when Jhagroo lashed him off his motorcycle and threw him overboard. The court heard Narine body’s was found on March 31 in a trench at Leguan.

An investigation was then carried out and Jhagroo was arrested and charged for the offence.

The magistrate, after listening to the facts, remanded Jhagroo to prison and instructed him to make his next court appearance on May 30, 2019 at the Leguan Magistrate’s Court.