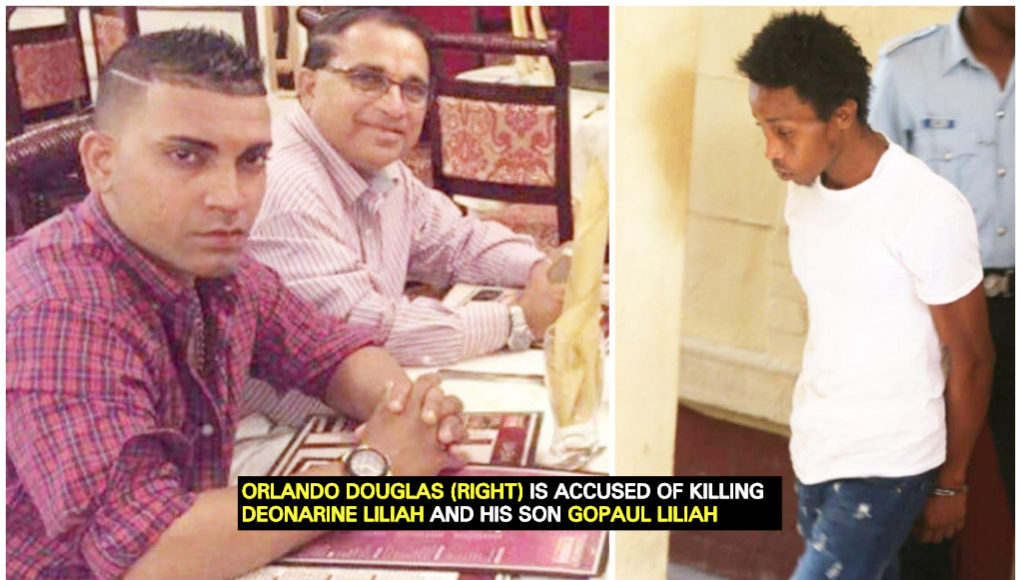 The man accused of the gruesome killing of a pandit and his son was today committed to stand trial in the Georgetown High Court for the double murder.

Orlando Douglas, 30, of Campbellville, Georgetown was the subject of a preliminary inquiry (PI) before Principal Magistrate Judy Latchman in the Providence Magistrate’s Courts.

The first allegation stated that, between July 7 and July 10 at Craig Street, Campbellville, Georgetown, Douglas murdered Deonarine Liliah, a pandit, during the course of a robbery.

It was further alleged that during the same period, he murdered Gopaul Liliah, the pandit’s son, during the course of a robbery.

Douglas was not required to plead to the indictable charge.

Today at the conclusion of the PI, the magistrate told the court that, after going through the entirety of the evidence, the court was satisfied beyond a reasonable doubt that there was sufficient evidence to link Douglas to the killing. She added that the prosecution was able to lead substantial evidence throughout the PI. Hence, she told Douglas that he will face a judge and jury at the next practicable sitting of the Demerara Assizes.

According to information, the senior Liliah, a 61-year-old pandit and businessman, and his 28-year old-son were found dead in their Lot 25 Craig Street, Campbellville home with multiple stabs wounds about their bodies.

The father and son were discovered after a tenant who lived downstairs made a report at the Kitty Police Station after neighbours complained about a stench coming from the upper flat of the home.

Police arrived at the scene and found the elder Liliah on his back in the living room. He was clad in long white pants and his face was covered with a multicoloured top.

Police have also detained a businessman who is believed to have hired the defendant to kill the pandit and his son to avoid repaying a US$40,000 debt.

An autopsy revealed that the victims had been stabbed 66 times.