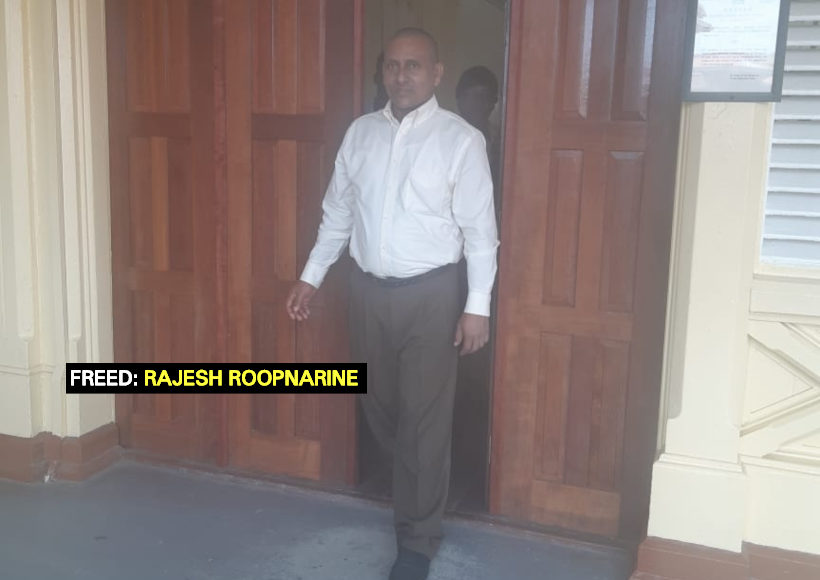 Insufficient evidence and poor police investigations were among the reasons cited by Justice Navindra Singh when he directed a jury to acquit Rajesh Roopnarine, the man accused of killing his employee by setting him on fire in 2014.

Roopnarine, 50, called ‘Popo’, was accused of the December 6, 2014 murder of his employee David Campbell. Police had said that the unlawful killing occurred at a mining camp at 14 Miles Mabura, Upper Demerara River.

According to information, Campbell, a chainsaw operator, died at the Georgetown Public Hospital (GPH) a week after he was reportedly set on fire in a mining camp. The man sustained third degree burns about his body.

Roopnarine’s trial commenced this morning before a 12-person jury in the Georgetown High Court. He was represented by attorney-at-law Nigel Hughes.

After State Prosecutor Teriq Mohamed closed his case, Justice Singh noted that there was no evidence against Roopnarine for him to send the matter to the jury to deliberate on a verdict.

The judge was also keen to point out that police ranks failed miserably to conduct proper investigations. As such, he directed the jury to return a formal verdict of not guilty. The judge thereafter discharged the accused and informed him that he was free to go.