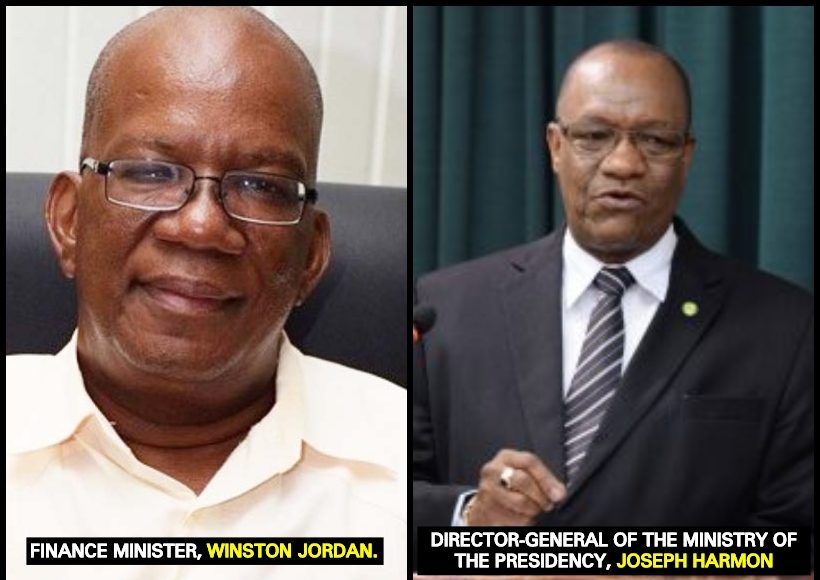 After keeping the controversial US$18M signing bonus at a special account in Central Bank for over two years, the Guyana Standard understands that the money was only transferred to the Consolidated Fund in January 2019.

At a press conference today, Director-General of the Ministry of the Presidency, Joseph Harmon, sought to justify the move to have the funds transferred this year to the treasury and not when it was initially received on October 31, 2016.

Harmon said that at no point did the government say the money should not be put into the national purse. He reminded that Finance Minister, Winston Jordan, had said the money would be transferred at “the appropriate time.”

Given matters related to the budget, the coming of oil, the passage of the Natural Resource Fund Legislation, among other issues, Harmon said that the Finance Minister believed that this year was the appropriate time for the money to be placed into the Consolidated Fund.

Since the media had uncovered in 2017 that the government had received the bonus from ExxonMobil, local advocates such as Transparency International Guyana Inc. (TIGI) and members of the political opposition have been calling on the government to have the money placed into the treasury for proper accounting and scrutiny. In fact, the opposition even took the government to court over the matter. A decision from the High Court on the issue is still pending.