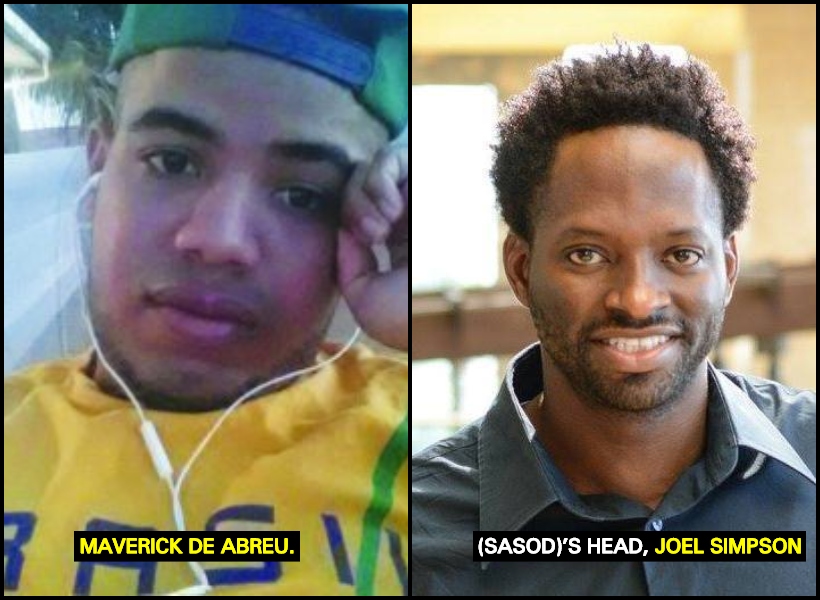 The ring leader of the gang of men who assaulted the Society Against Sexual Orientation Discrimination (SASOD)’s head, Joel Simpson this morning at the Bourda Market has been identified as Maverick De Abreu.

He is said to be a known troublemaker who was charged by the police a number of times.

In fact, De Abreu was charged in February 2017 for discharging a loaded firearm at his then pregnant girlfriend and her sister at Industrial Site, Ruimveldt, Georgetown.

He was never convicted since the victim did not pursue the matter. On April 16 of that same year, a wanted bulletin was issued for De Abreu after he allegedly assaulted Trinidadian Soca sensation, Rodney LeBlanc called, “Benjai.” That matter is still ongoing in the Georgetown Magistrate Court.

Even though Divisional Commander, Marlon Chapman could not be reached for comment, police sources told the Guyana Standard that none of the suspects have been arrested as yet but efforts will be made to have them in custody as soon as possible.

It was around 04:00 hrs this morning that De Abreu and a group of his friends attacked the Gay Rights Activist at a food stall in Bourda market, leaving him (Simpson) to seek medical attention.

The Guyana Standard has been informed that prior to the assault, the same group of men had thrown an alcoholic beverage at Simpson and a friend while they were dancing at a night club on Main Street, Georgetown.

Simpson subsequently left the club after he complained to management but got to justice. He later went to purchase food at Bourda when he saw the men for a second time.

In a social media post, the Gay Rights Activist said when he saw the men at the food stall, he ignored them and proceeded to order his food. While ordering, he said that the gang attacked him, forcing the sellers nearby to intervene.