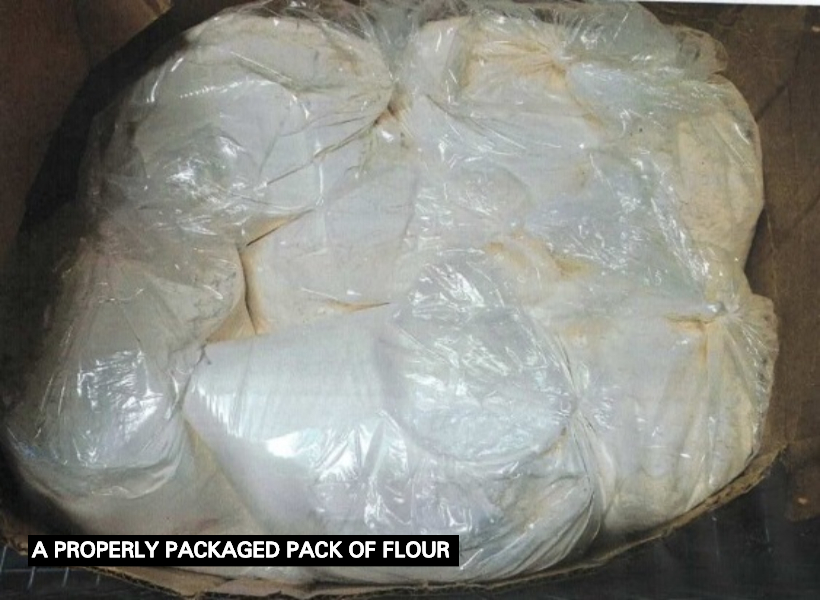 In its continued campaign to tackle repackaging of food products under unhealthy conditions, the Government Analyst Food and Drug Department (GA-FDD) has seized almost 90 bags of flour from several shops.

According to a GA-FDD statement, its inspectors swooped down on several retail firms in Georgetown and on the lower East Coast corridor where the repackaging practice is prevalent. The GA-FDD release also noted that smaller quantities of the repackaged food item are then offered for sale to the public in unlabeled plastic bags.

Moreover, “importers and distributors who persist in repackaging under unsanitary conditions will leave the Food and Drug Department with no other alternative than to “rescind their Licenses/Permits to Repackage and/or import wheaten flour in 45Kg bags,” the release warned.

The GA-FDD promised that similar exercises will be conducted nationwide by enforcers of the National Food and Safety Control Committee who will be authorised to carry out the implement action against wrongdoers in their respective Regions.

The Department is, therefore, urging members of the public to purchase flour only in properly-labelled bags to help protect their health and safety.