Home News Gov’t wants ganja amendments before dissolution of Parliament; law will not be... 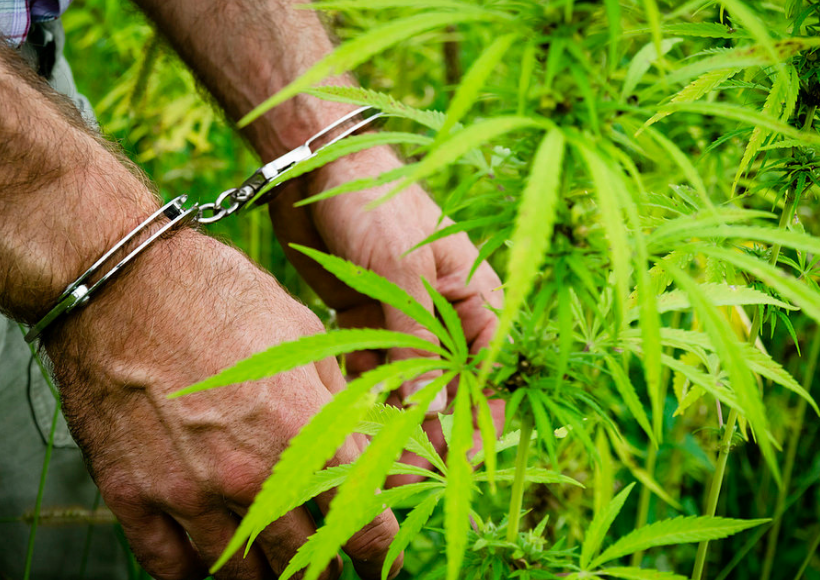 The Government of Guyana (GoG) is hoping to have amendments to the Narcotic Drugs and Psychotropic Substance Control Act – to prevent persons from being incarcerated if found with up to 30 grams of cannabis – before the dissolution of Parliament.

This is according to Natural Resources Minister and Chairman of the Alliance for Change (AFC), Raphael Trotman.

As stipulated in the existing laws, anyone found guilty of marijuana trafficking or being in possession of over 15 grammes of marijuana could find themselves facing between three to five years in jail.

The minister, during a press conference at the AFC’s headquarters in Georgetown, told media operatives that after many months of consideration and examining matters locally, regionally, and internationally, the AFC was able to convince its governing coalition partner, A Partnership for National Unity (APNU), that the reforms to act must go forward. These reforms were proposed by AFC Parliamentarian Michael Carrington last year.

“Of course, there are different views in society about this matter, and they were reflected in Cabinet. Ultimately, we believe that the course that we agreed on will be the best one in the circumstances,” he said.

He noted that several factors were considered in arriving at the decision to amend the act. These include the recently-issued report that was conducted by the Caribbean Community (CARICOM), along with other matters dealing with the medicinal use of marijuana and its use in religious purposes, particularly by the Rastafarian community.

“We will have sittings in the National Assembly before it is dissolved and it is our intention to have this bill passed in law. That is, you are entitled to have up 30 grammes – which is equivalent to roughly one ounce – without being penalised with incarceration or custodial sentence as it is normally termed,” he said.

While possession will remain an offence, the lawyer said that it will not require jail time, but rather the imposition of fines or community service.

While stating that families were torn apart for less than five grammes of marijuana, Trotman, in the company of Public Security Minister Khemraj Ramjattan, said that the amendments to the bill will allow the Guyana Police Force (GPF) to adopt a “different posture” when it comes to dealing with persons found with small quantities.

“The police will adopt a different posture; if they know that people not going to go to jail, it takes away, I believe, the ability to hold the Sword of Damocles over young people’s heads; threatening them with jail…The posture of the police force will change and they will go after the bigger fish and let people relax and not feel afraid of losing their lives, and their identities for a four or five grammes of marijuana.”

Quizzed on how the amendments will affect persons already serving time in prison for small amounts of marijuana, Trotman said, “legislation like these [do] not have what we call retrospective effective; [it] will not go back to exonerate.”

Public Security Minister Ramjattan further said that while persons already in the penal system may not be acquitted, there are other options such as parole and leniency available.

“Over the last couple of months, approximately 17 persons with small amounts have been released on parole and so they are out. Five women, who have had small amounts, were pardoned by the President. So, it is a pardoning process and a paroling process that can help those persons,” he said.

For more than two years, the AFC, through its member Michael Carrington, has been pushing for lighter sentences to be imposed on persons found guilty of possessing small amounts of marijuana.

Carrington took an amendment to the National Assembly more than a year ago, signalling that it was time for a change. His call was echoed by many other civil society members and several sections of the Rastafarian community; the latter has been calling for total decriminalisation.

Trotman, dubbing the bill “the Carrington Bill”, tipped his hat to his fellow AFC member and praised the parliamentarian for his “tenacity and patience”.