Home News Roger Khan to be deported in a few weeks; file on him... 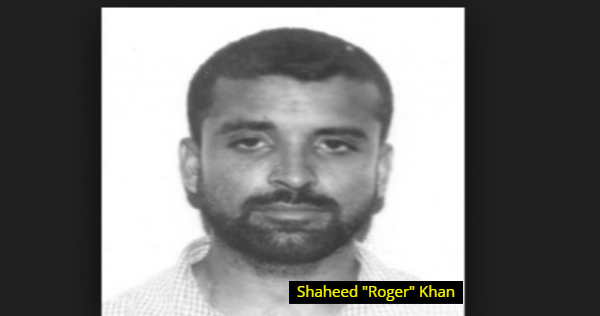 Even as convicted drug trafficker Shaheed “Roger” Khan is being processed by Immigration authorities in the United States, the file on him for his crimes locally was never closed by the Guyana Police Force (GPF), Minister of Public Security Khemraj Ramjattan has revealed.

Speaking at an Alliance for Change (AFC) press conference in Georgetown today, Ramjattan told media operatives that the GPF is still actively involved in the case. However, he could not say exactly when Khan would arrive nor could he verify whether charges would be laid against him upon his return.

“Police have continuously been doing their work on Mr Khan; the file was never left closed, and when he comes into the country, he’s obviously going to be processed…And that is as far as I can say at this stage,” Ramjattan said. He continued, “As to whether the police will find charges against him, I think that will be known [in time] …But at this stage, as far I know, we don’t know about that at all.”

Khan, according to previous media reports, was released from a US prison earlier this month after spending 15 years for narcotics trafficking.

Reports indicate that back in 2003-2006, Khan had set up a criminal network in Guyana, which was said to have included active policemen and a number of former ranks, to exact punishment on “criminals”.

He was caught in Suriname back in 2006 while he was reportedly fleeing local police. He was subsequently handed over to the U.S. authorities to face drug-trafficking charges.

The Bharrat Jagdeo-led administration had continually denied any involvement with Khan after he went public in an advertisement in the local media, claiming to be tackling crime on behalf of the regime. Khan had also implicated former Health Minister Dr Leslie Ramsammy. Documents bearing the then minister’s signature authorising the purchase of a wire-tapping device were produced in U.S. courts during Khan’s trial.