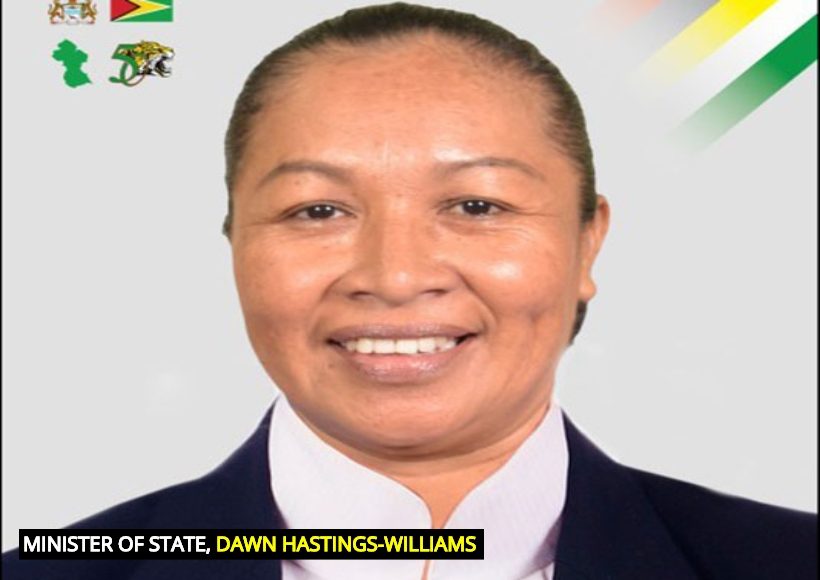 After more than six years of constant delays, demarcation of Amerindians lands in the hinterland is expected to recommence soon, says Minister of State Dawn Hastings-Williams.

Under the Guyana REDD+ Investment Fund (GRIF), the government, in 2013, signed a $3B (US$11M) document for the implementation of the Amerindian Land Titling and Demarcation project, which concluded in 2016.

However, the Ministry requested an extension in 2017, resulting in $165M being earmarked for the advancing of the remaining identified areas for land titling.

Another extension has been granted, the minister said, noting that 2021 should be achievable for project wrap-up.

The ALT project seeks to achieve three primary goals: completion of land titles issues and demarcation process for all Amerindian villages that submitted requests, increased use of existing and alternative mechanisms to resolve land titling disputes; and a communication strategy, including a handbook describing the process of titling, demarcation and social economic impact of secured land tenure.

Minister of Indigenous Peoples’ Affairs Sydney Allicock had recently said that while work is ongoing, some technical and political issues within some communities have stalled the progress of the project.

Hastings-Williams provided more clarity by categorising the recruiting of a Technical Project Coordinator and a Project Manager as major hurdles in allowing the project to gain momentum.

She, however, revealed that, thus far, some 13 communities have been demarcated.

“Following a recent meeting with stakeholders, including the Guyana Lands and Surveys Commission, the Indigenous Peoples Affairs, and the United Nations, we have come to an agreement where we are going to move this process forward,” the minister said.

“They have extended the time of the project to 2021, so we have more time to work and hence, we have begun working and the project is soon to move forward.”

The minister also took the opportunity to update the media on some of the developments in the hinterland region.

She told media operatives that the government has yielded success in bridging the gap between the hinterland and coastline region.

“We are connecting our people in the hinterland to the people on the coast, not only by building bridges and roads but by establishing ICT [Information Communication Technology] hubs throughout the length and breadth of Guyana…And to date, we have established 171 ICT hubs in regions one through 10,” she said.

She also spoke of the infrastructural works in the hinterland.

“The government through its Ministry of Public Infrastructure has built strong, modern concrete road in Mahdia in the Potaro/Siparuni Region; Mabaruma in the Barima/Waini Region; and in Bartica (Cuyuni/Mazaruni Region).”